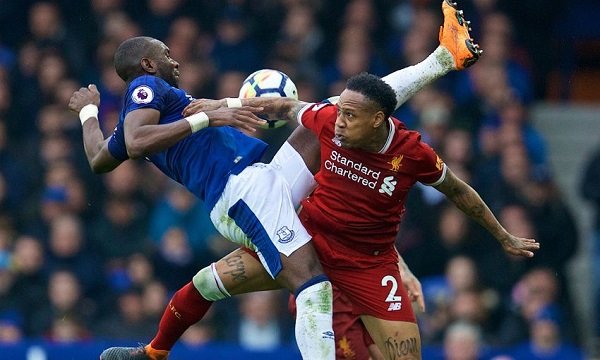 Having missed out on the majority of Liverpool’s campaign with a back injury, it was no surprise that Reds fullback Nathaniel Clyne didn’t make the cut when England manager Gareth Southgate announced his squad for the World Cup in Russia this summer, but the extra time off has given the 27-year old the chance to put in some extra work ahead of pre-season training to make sure he’s in tip-top shape for the start of the season.

“When I came back it was the business end of the season, so the games were big and had a lot riding on them, so to have to go straight in was a test for me,” said Clyne, speaking to Goal.com. “But it was important for me to get a few minutes under my belt, get a taste for it again and set me up to go again in pre-season,” explained the Liverpool defender. “I’ve worked hard to get my fitness back, and I can feel the benefits. I’ve been working hard,” he continued. “The club gives us regimes to follow even during the off-season, so that we keep ticking over. I probably need that more than others because I’ve been out so long, so I’ve already been doing bits.”

Depth from the bench was a major problem for the Reds last year and though Clyne’s injury has given the duo of Trent Alexander-Arnold and Joe Gomez a chance to play regular first team football, having the veteran fullback in the mix can only be a good thing.

Pre-season fixtures against the likes of Borussia Dortmund, Manchester City and bitter rivals Manchester United during Liverpool’s summer tour of North America will prove to be a firm test for the 27-year old as he looks to re-claim to his old starting spot. That, of course, will be easier said than done on the back of Alexander-Arnold’s breakout season with his inclusion in the Three Lion’s squad for the World Cup speaking to his rapid progress under Jurgen Klopp.

“He’s had his chance this season, and he’s taken it very well,” mused Clyne. “He’s a very confident player, good on the ball. He’s impressive,” added the defender, no slouch going forward himself. “Since I’ve been injured, I’ve watched how Liverpool have done well and how England have done well, and that’s given me extra incentive. It’s a big motivation.”