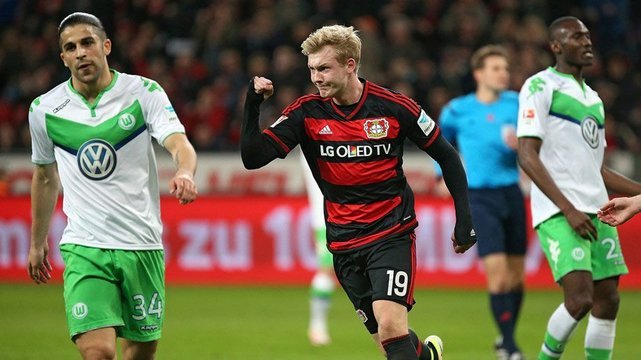 Liverpool have had a brilliant season so far. They did fail to win the Premier League title but could end up winning the biggest prize in the form of the Champions League crown.

Jurgen Klopp has got a brilliant squad at his disposal but he still needs further reinforcements in the summer transfer window to challenge the quality and depth that Manchester City have.

According to a report covered by ESPN about Germany’s rising stars, it has been stated that Bayer Leverkusen’s Julian Brandt, who has a release clause of £21.5million in his contract, could leave the Bundesliga team this summer and the likes of Liverpool and Dortmund are the most likely contenders to sign him.

As far as Liverpool’s attack is concerned, Mane, Firmino and Salah are irreplaceable but the backup options they have are not really good enough.

So, a playmaker like Brandt, who can effectively play on either flank and also in the central and attacking midfield would be a top capture for the Reds.

In the current campaign, so far, Brandt has featured in 42 games in all competitions for Leverkusen, scored 9 goals and provided no fewer than 17 assists (Transfermarkt)

Liverpool have largely improved since the departure of Coutinho but they have not replaced the Brazilian as yet and I think that the 23-year-old Kaiser has what it takes to fill the shoes of the former Inter Milan attacker at Anfield.

Have your say – Who should Liverpool lure to strengthen their team in the summer transfer window?