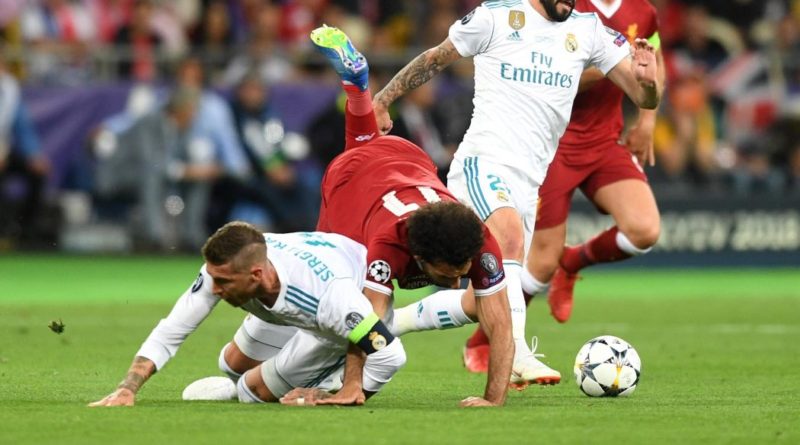 If reports in the media are anything to go by then Liverpool are surprisingly linked with Spanish international and Real Madrid skipper Sergio Ramos.

According to AS, the relationship between Florentino Perez and Ramos is completely broken and the superstar defender is looking to leave the Los Blancos.

The renowned Spanish media source have mentioned that the likes of Liverpool and Manchester United have contacted the player’s representatives in order to inquire about signing him. Moreover, there is interest from Juventus and China as well.

The veteran center half has won every major prize with Real Madrid and the Spanish national team and without a shadow of a doubt, he is still one of the best central defenders in the world, who would definitely improve our already fantastic defense.

The Reds only conceded 22 goals and had the best defensive record in the recently concluded Premier League campaign.

We have got a world class leader in the form of Van Dijk at the back and in all fairness, the idea of having the Dutch star with Ramos in the central defense is too mouth watering.

Like Van Dijk, Ramos is also brilliant in the attacking third. He has scored more goals than Barca legend Andres Iniesta in his career not just at club level but also for Spain. This season, the former Sevilla defender scored 11 goals in all competitions before getting injured last month.

There are a few concerns. His contract with Madrid will expire in 2021 and he will turn 34 next year. On the other hand, at the moment, he is earning £212,000-a-week (AS), which is more than Liverpool’s current highest earner, Mohamed Salah (£200,000-a-week as per Mirror Sport)

Last but not the least, Liverpool fans might not want to welcome the Spaniard. The defender was responsible for injuring our best player, Mohamed Salah, in the last year’s Champions League final. The notorious player also hit Karius so hard that the German goalie suffered concussion and played the worst game of his life to gift Madrid the European Cup.

Would you welcome Sergio Ramos at Anfield?