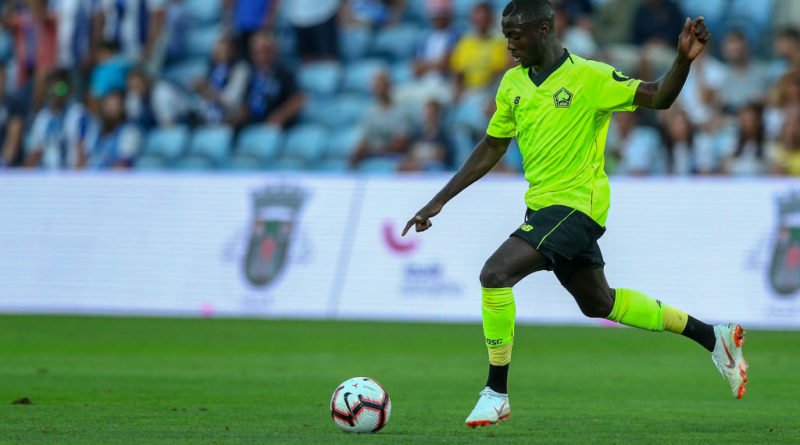 Liverpool have been linked with Ivorian international and Lille star Nicolas Pepe a lot this month and the latest update provided by a renowned journalist seems positive for the Reds.

Get French Football News did an exclusive interview with RMC Sport’s Mohamed Bouhafsi and the journalist revealed that Liverpool are in very concrete talks with Lille to hire the services of the African winger.

“This is an €80million (£71.6million) situation. So it is a situation that needs time and calm. What I can say is that there are very concrete discussions with Liverpool”

Few days later, Le10Sport revealed that Liverpool have made an offer but it did not convince the Ligue 1 club. Moreover, the French source claimed that Jurgen Klopp loves the 24-year-old star.

On 8th June, Mohamed Bouhafsi tweeted that the European Champions are well placed to secure the signature of Pepe and now, he has told GFFN that Klopp likes the player and the Reds have a very strong interest in signing him.

The French journalist heavily praised the Ivorian attacker and stated that the English football suits him. Bouhafsi said (GFFN):

“He brings a lot of speed and he is made to play in England, with quick transitions and an exceptional ability to counter-attack”

Last season, Pepe featured in 41 games in all competitions for Lille and directly contributed in 35 goals (23 goals and 12 assists) (Transfermarkt). As far as his international career is concerned, so far, he has played 11 times for the senior national side and scored 4 goals.

Currently, the right winger is in Egypt for the African Cup of Nations. Ivory Coast won their opening group game against South Africa 1-0 and Pepe featured for 90 minutes. Tomorrow, the Les Elephants will face Morocco in their second group game.

Interest from other clubs (GFFN):

Bouhafsi named three more clubs, who are linked with Pepe but as per his statements, it seems that Liverpool are well placed.

The journalist claimed that Bayern Munich are closely following the situation but Pepe is not #1 on their wish-list. Bouhafsi also stated that Inter Milan could be interested but in his view, the asking price of 80 million euros is too much for the Nerazzurri.

Atletico Madrid have been named as well but he does not have any information about the interest from the Rojiblancos.