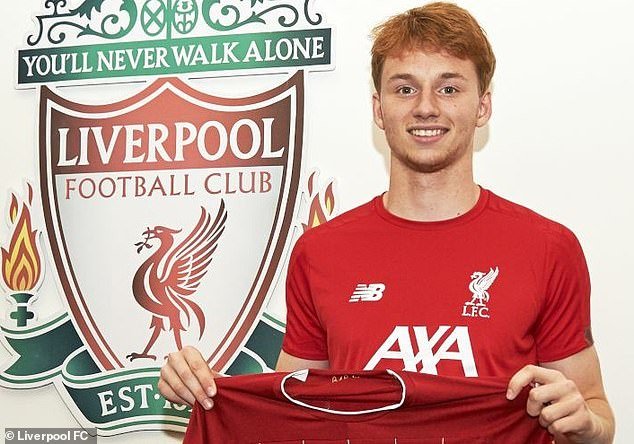 Yesterday, we covered a report (via The Telegraph and The Daily Mail) claiming that the Reds are close to signing Sepp van den Berg PEC Zwolle.

Today, the Anfield club have confirmed via their official website that the signing has been secured and the Dutch international will officially become a Liverpool player in July after international clearance.

As per reports (BBC), the Merseysiders have beaten off competition from Eredivisie runners up PSV Eindhoven, German champions Bayern Munich, Dutch champions Ajax to secure the signing of the 17-year-old center half.

The British source have mentioned that the European champions have agreed to pay an initial fee of £1.3million which could rise to £4.4million based on first team appearances.

Renowned journalist Paul Joyce tweeted that Bayern even looked to hijack the transfer while the player was having his Liverpool medical.

Biggest club in the world:

The youngster has claimed that it is a dream for him to join the biggest club in the world. Moreover, he has praised Jurgen Klopp and said that the presence of the German manager is one of the reasons why he has chosen to move to Anfield (LFC):

“It is, for me, the biggest club in the world and it’s a dream come true. I am really excited.”

Describing himself, the teenager said (LFC) :

“I am a centre-half, I am calm with the ball, I am quite quick and can run, but I came here especially to improve myself more. I think this is the best place for me to grow and hopefully play a lot of games here.”

In the last campaign, he started fifteen games in all competitions for PEC Zwolle and helped them keep six clean sheets. The Dutch side finished 13th in the table.

We already have two senior Dutch stars in the team in the form of Wijnaldum and Van Dijk. Van Dijk deservedly won the PFA Player of the Year award in the last campaign and made it into the Champions League team of the season as well.

Sepp van den Berg claimed that he wants to learn everything from our record signing.

In the first team, apart from Van Dijk, we have got Gomez, Matip and Lovren around.

Gomez mainly started alongside the big Dutch CB in the first half of the campaign but after the England international got injured in December, Matip established his position in the first team. Croatian international Lovren found himself on the bench more often than not.

On the other hand, we have Ki-Jana Hoever in our academy. The youngster, who can play in the right back position as well, made his first team debut in the last campaign against Wolves in the FA Cup.

Van den Berg has not spoken to his 17-year-old compatriot as yet and said:

“I haven’t spoken to him yet. But of course, seeing him make his debut, I was happy for him and it lets me see I can have an opportunity here, so that’s really nice.”