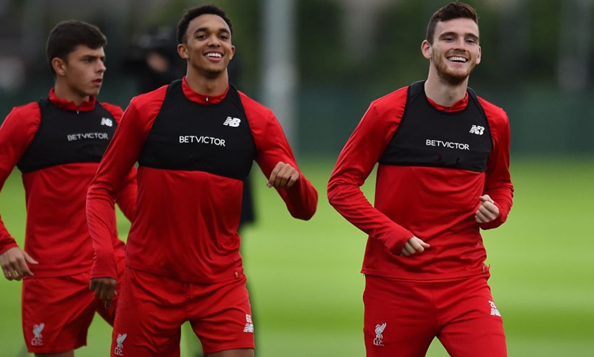 Liverpool have so far signed Dutch center half Sepp Van den Berg in the summer transfer window. Who will be the next player to move to Anfield?

The Reds have been linked with Spanish international and Real Betis left back Junior Firpo in the past few weeks and the latest reports are intriguing.

We take a look at the transfer saga:

Last month, Sport revealed that Jurgen Klopp is considering a move to hire the services of the 22-year-old fullback, who has got a release clause of 50 million euros (£45million) in his contract.

The well-known Spanish news source claimed that the La Liga club will only let their prized asset leave if the above mentioned release clause is met.

Few days back, Mucho Deporte claimed that to sign Firpo, Betis would prefer a cash only deal. The Spanish source did talk about a 30 million euros move plus Origi but we do know that the Belgian international has officially agreed a new deal with Liverpool.

As per the latest update provided by Diario de Sevilla (via Sport Witness), Liverpool are still very attentive to signing the La Roja player.

As far as the injuries are concerned, Firpo’s track record does not look good at all. He missed 11 games due to injury in the 2017-18 campaign. On the other hand, last season, he missed 18 games due to various injury concerns (Transfermarkt).

As far as the playing position is concerned, the youngster is naturally a left back and he played in the LB role for Spain in their title winning Under-21 Euro 2019 campaign. Firpo played for full 90 minutes in the semi final vs France and also in the final against Germany.

Liverpool lured Andrew Robertson before the start of the 2017-18 campaign and the Scottish international has firmly established his place in the starting XI under Klopp.

Last season, the 25-year-old former Hull City defender provided 13 assists in all competitions and deservedly earned a place in the PFA Team of the Year and in the CL squad of the season.

Alberto Moreno was our second choice left back but he mostly warmed the bench last season (4 starts and 5 appearances), he was allowed to leave for free after the expiry of his contract and yesterday, he officially moved to Villareal.

Therefore, we need a back-up option to cover for Robertson. Klopp used Milner in the left back role in the 2016-17 season but the retired England international is naturally a midfielder, he did well in the center of the park last season (directly contributed in 14 goals) and hence, a natural left back should be signed.

Have your say – Should Liverpool sign Firpo to cover for Robertson?