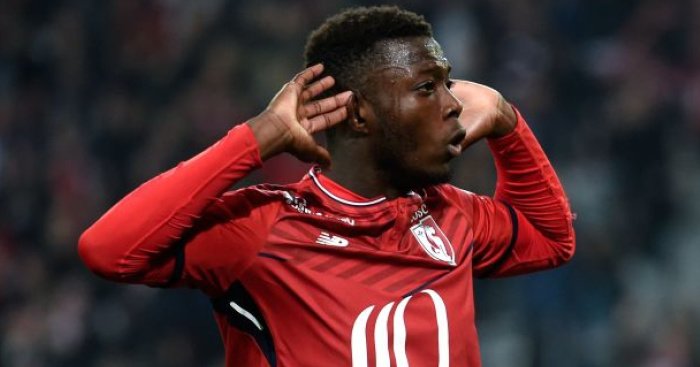 Liverpool have been heavily linked with Ivorian star Nicolas Pepe this summer and as per latest reports, it seems that the Lille attacker is heading to Manchester United.

According to an exclusive story covered by Football Insider, the 24-year-old winger has agreed personal terms to join the Red Devils, who are now looking to agree a fee with the Ligue 1 club.

Football Insider have further claimed that the French side are looking for a fee of around £70million for their prized asset.

Reports in France have suggested that the Reds have been in talks to lure the player.

Last month, renowned French journalist, Mohamed Bouhafsi said (GFFN) that the Merseysiders have been in concrete talks to hire the services of the African star.

In addition, this month, the president of Lille confirmed that Liverpool have held talks with the player’s representative and RMC Sport claimed that Pepe is Liverpool’s priority target in the summer transfer window.

Moving to a Europa League club:

As mentioned above, the player has reportedly agreed to join our arch rivals Man United and this might be a huge surprise for Liverpool supporters.

Pepe scored 22 goals and provided 11 assists in 38 league games to help his club finish second in the table. Therefore, Lille will be playing in the Champions League next season and the world needs no reminder that Liverpool are the champions of Europe.

On the other hand, Man United finished 6th in the Premier League and will feature in the second tier of Euopean football next season (Europa League). Have the Old Trafford club offered a mammoth contract to convince him to join? We’ll see once the figures are out.

So far, we have only signed a young center half in the form of Sepp van den Berg. We already have enough depth and quality in the central defense with stars like Van Dijk, Matip, Gomez and Lovren around.

Yes, our squad has got a lot of quality but there are certain areas where the depth should be improved.

Have your say – Who should Klopp lure to strengthen the squad before the transfer deadline next month?