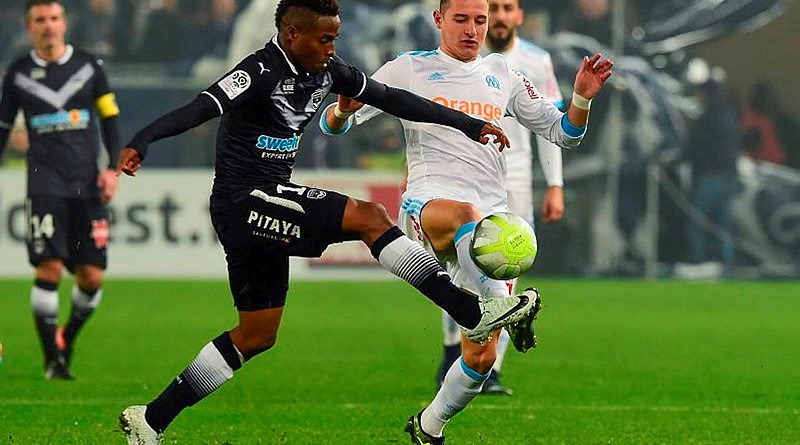 Liverpool have been very much inactive in the summer transfer window as far as the first team signings are concerned.

So far, the Reds have only lured two teenage starlets in the form of Sepp van den Berg (defender) and Harvey Elliott (winger).

If reports in the media are anything to go by then the Merseysiders are interested in hiring the services of a Guinean winger in the form of Francois Kamano.

According to Italian news outlet Calcio Mercato, Liverpool would like to splash a fee of 15 million euros (£13.5million) to bring the Bordeaux attacker to Anfield.

The 23-year-old is a right footed player, who mainly plays on the left wing but the French club have utilized him in multiple offensive positions.

Last season, he played a few games on the right wing and when needed, Bordeaux played him as an out and out center forward as well (Transfermarkt).

In all competitions, the former Bastia winger featured in 51 games last term and directly contributed in 17 goals (13 goals and 4 assists).

As far as his international career is concerned, so far, he has made 23 senior appearances for his country and scored 5 goals. He started 3 games in the recently concluded African Cup of Nations and scored just a single goal (against Madagascar in the opening group contest).

Guinea were knocked out in the Round of 16 by Algeria, who went on to beat Senegal in the final to win the competition. Not to forget, we already have a Guinean star in our squad in the form of Naby Keita, who joined the club last year but had an injury hit campaign.

Jurgen Klopp signed Sadio Mane back in 2016 and in his first season at Anfield, the Senegalese international mainly played on the right wing and was voted as the club’s Player of the Season.

However, since the arrival of Salah in 2017, the former Southampton star has been our first choice left winger.

In the last campaign, Mane was easily our best attacker in the second half of the season as he found the net 16 times in 18 league appearances. Overall, he scored 22 league goals and won the Golden Boot prize (shared with Salah and Aubameyang).

Ryan Kent is an option but the 22-year-old has so far played just a single senior game for the Reds (back in 2016).

Last season, at times, Origi was used on the left flank but the Belgian international is an out and out center forward. Therefore, a left winger should be lured to improve the depth of our attack.

Have your say – Should Liverpool splash the cash to sign Kamano?

11 thoughts on “Liverpool would like to splash £13.5million to secure third signing – We take a look”