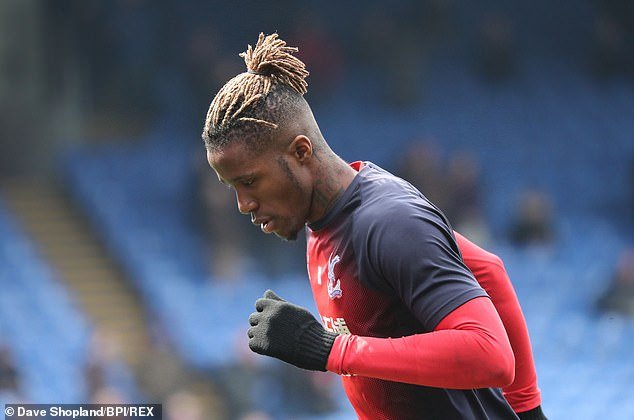 The Reds lost the Premier League title to Manchester City by just a single point in the last campaign and the club legend says that the Sky Blues have more strength in depth as compared to the Anfield club.

In such a scenario, the 42-year-old told talkSPORT that the European Champions should reinforce the squad to improve their title bid for next season and someone like Zaha could be a quality signing. Murphy said:

“Someone like Zaha, I’m not necessarily suggesting him, but a player like him could go in there and really compete. He’s the type of player who wouldn’t really make them weaker if he was playing instead of Mane or Firmino.”

“But is a player of that quality going to want to sit on the bench and are Liverpool prepared to put more than £60m into a signing that might not be in the first XI? It’s a difficult one.”

Back in May, the former Manchester United winger was linked with move back to Old Trafford (The Telegraph). More recently, Everton have been pushing to hire the services of the Crystal Palace star, who is valued at around £70million (The Daily Express).

The 26-year-old has won the Eagles’ Player of the Year award three times in the past four seasons. Last season, he failed to win the prize but managed to get into double figures for the first time in his PL career.

The Ivorian international, who can play anywhere in the attack, scored 10 goals and provided 10 assists in 34 league appearances under the management of Roy Hodgson (Transfermarkt).

It will be fair to say that Liverpool have not adequately strengthened their first team this summer as so far, they have only lured two teenage players, one defender and one winger.

Have your say – Who should Liverpool sign before the closure of the transfer window next week?

3 thoughts on “Star like £70million attacker could move to Liverpool and really compete, says club legend”