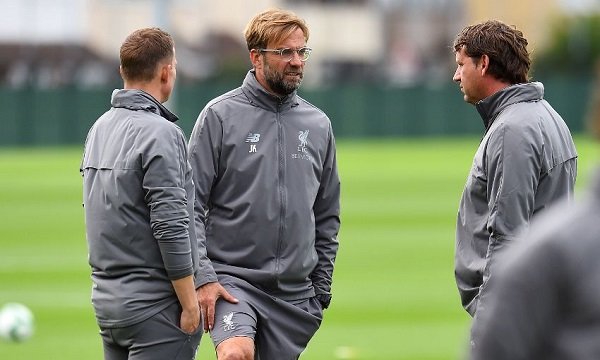 If reports in the media are anything to go by then Liverpool are prepared to agree a new deal with young German forward Paul Glatzel.

According to an exclusive story covered by Football Insider, the Reds have opened talks and are keen to secure a fresh and improved contract with the striker, who was in top form in the last campaign.

The 18-year-old center forward was Liverpool’s star player in the FA Youth Cup. In 6 appearances, he scored 8 goals in the competition and captained his side to the title.

In the U-18 Premier League, the teenage starlet started 14 times and scored no fewer than 11 goals. He did make two appearances in the Premier League 2 as well and found the net once (vs West Ham).

After top performances with the youth teams, Jurgen Klopp handed him the chance to play with the first team in the pre-season. Unfortunately, back in July, Glatzel suffered a serious knee injury against Tranmere Rovers.

“Unfortunately Paul Glatzel got seriously injured, which is a shame. He is a wonderful kid, a wonderful player, unbelievable.

“The week we saw him [at Melwood] helped already, so when he is back he will be one of my boys because I really like what I saw.”

Let’s hope that he gets back to full fitness sooner rather than later. In your opinion, is Glatzel good enough to play for our first team?