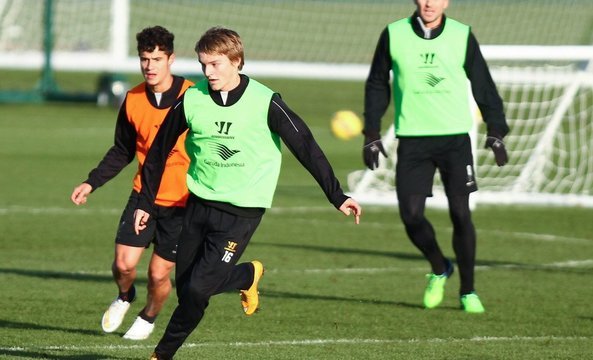 Liverpool did not sign any star players in the summer transfer window but the good thing is that they were able to hold on to all the key stars.

If reports in the media are anything to go by then the Reds are linked with Norwegian international and Real Madrid playmaker Martin Odegaard.

According to Sport, Liverpool are in the race to hire the services of the 20-year-old attacker, who is currently playing on loan for Real Sociedad.

The Spanish news source have mentioned that Man Utd have shown the most interest but European clubs like Arsenal, Man City, Atletico, Dortmund, Inter and Bayern are also looking to sign the youngster.

Odegaard joined the Spanish giants four years back but due to the presence of so many star attackers in the first team, he spent most of his time with the youth squad and to date, he has only made two senior appearances for the 13-time European Champions.

The Norwegian starlet is mainly a right winger and he played in his preferred position for Vitesse on loan in the last campaign. He featured in 39 games for the Dutch side and directly contributed in 23 goals (Transfermarkt).

This season, Sociedad have utilized him in the central attacking midfield role and so far, he has directly contributed in 4 goals in 7 appearances. Yesterday, La Liga named him as the Player of the Month for September.

His current contract with the Los Blancos will expire in 2021 and as per Sport, it has got a huge release clause of £71.2million.

As far as the wide attacking positions are concerned, Liverpool have got world class wingers like Salah and Mane at their disposal.

In the back-up, we have Shaqiri who did really well in the last campaign and Origi, who has mainly played on the left flank this season and done well recently.

We do not have a natural/quality central attacking midfielder since the departure of Coutinho last year and may be, Klopp should look to finally replace the Brazilian to further improve the quality and depth of our attack.

Have your say – Should Liverpool splash the cash to sign Odegaard?