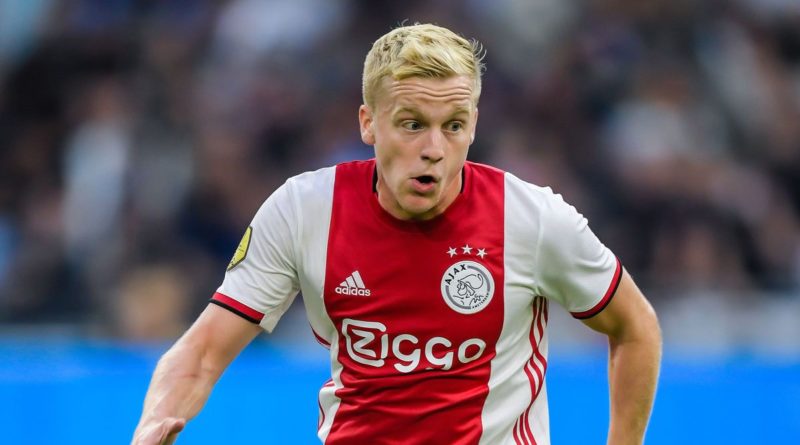 Liverpool were linked with numerous top quality players in the summer transfer window but in the end, they were pretty much inactive and signed youngsters like Elliot and Van den Berg.

Adrian was only lured because Mignolet wanted to leave and the Spanish international has done well in the absence of Alisson.

If reports in the media are anything to go by then Liverpool considered signing of a Dutch attacking midfielder in the form of Donny van de Beek.

According to an exclusive story recently covered by FCInterNews, Liverpool were one of the clubs, who were interested in hiring his services in the summer transfer window but in the end, no one matched Ajax’s huge asking price of 80 million euros (£69.5million).

For the Netherlands, Van de Beek has mainly played in the central midfield but with the Dutch champions, Eric ten Hag has mostly utilized him in the central attacking midfield role.

Last season, the 22-year-old netted 9 goals and provided 10 assists in Ajax’s Eredivisie winning campaign. Moreover, he directly contributed in 5 goals in as many appearances to help his team win the Dutch Cup.

Not to forget, Van de Beek netted vital goals in the KO stages of the UCL vs Juve and Tottenham away from home. In the current campaign, so far, in 12 appearances, he has scored 3 goals and provided 6 assists.

His current contract with the Dutch giants will expire in 2022 (Ajax) and as per a recent report covered by Mirror Sport, he is currently valued at £100million.

We are sitting at the top of the Premier League table with a comfortable lead. Yes, Klopp did not sign any big name in the summer but the best thing he did was to hold on to the big names present in the current squad and now the results are fruitful.

Liverpool do have a lot of central midfielders but in all fairness, we do not have any quality CAM. Do we badly need one? Not really but we should continue to improve and it is a key position that we have not reinforced since the departure of Coutinho last year.

The Reds have two top quality Netherlands stars in their first team in the form of Georginio Wijnaldum and record signing Virgil van Dijk.

Have your say, should Klopp look to unite Donny van de Beek with the Dutchmen at Anfield?

One thought on “Liverpool considered signing star who was valued at £69.5million in summer window – Report”