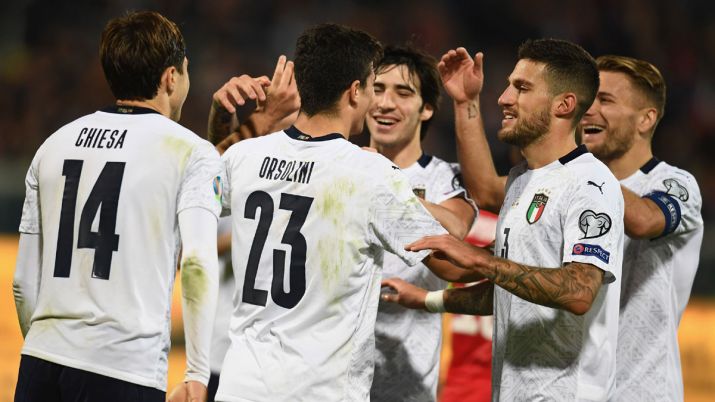 Liverpool are linked with numerous quality players as per reports going on in the media and the latest name in the focus is that of Federico Chiesa.

According to La Nazione (via Calcio Mercato), Liverpool are seriously intent on signing the attacker, who is linked with a move away from Fiorentina.

As per renowned Italian outlet Sport Mediaset, the 22-year-old star is thinking about leaving the Viola in the January transfer window. His current contract with the Italian club will expire in 2022 and at the moment, he is valued at around 70 million euros (£60million).

Naturally, the Italian international is a winger, who can be deployed on either flank but he can also play as a striker

Last season, he mainly played on the right wing, scored 12 goals and provided 5 assists. However, in the current campaign, Fiorentina have mostly utilized the youngster in the center forward role and so far, he has directly contributed in 7 goals (3 goals and 4 assists) in 13 appearances in all competitions (Transfermartkt).

As far as his international career is concerned, Cheisa made his debut last year and so far, he has scored 1 goal and provided 5 assists in 17 appearances for the Azzurri. In Italy’s last Euro 2020 qualification fixture, he directly contributed in three goals vs Armenia.

At Liverpool, we have irreplaceable wingers in the form of Sadio Mane and Mohamed Salah.

In the back-up, the Reds have Xherdan Shaqiri and Divock Origi. The Swiss international has mainly been on the treatment table in the current campaign.

On the other hand, the Belgian international is mainly a center forward but Klopp has mostly utilized him on the left wing this season. Therefore, we need to improve the depth of our wide attacking positions.

Have your say – Should Liverpool make a move to sign Federico Chiesa in January?