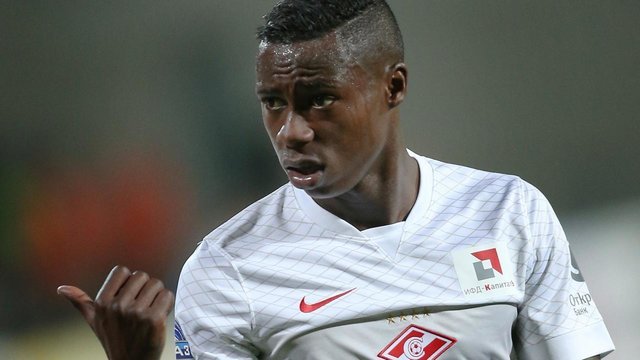 Liverpool are linked with several attacking players and the latest name in the lime light is that of Quincy Promes.

According to Sport.ru, Liverpool are interested in hiring the services of the Dutch international, who currently plays for reigning Eredivisie champions Ajax.

The Russian news outlet have claimed that even Chelsea are interested in the 28-year-old player, who may pursue his career in the English Premier League.

The Netherlands attacker can operate with both feet, he is naturally a left winger but can effectively play on either flank (Transfermarkt).

Promes shone for Spartak Moscow and scored 66 goals in 135 appearances for the Russian club. However, he failed to shine with Spanish side Sevilla and then moved to Ajax last summer.

For the Dutch champions, Promes has impressed in the current campaign. the former Twente attacker has so far started 21 games in all competition under Eric Ten Had and directly contributed in no fewer than 20 goals (15 goals and 5 assists).

His current contract with the Dutch giants will expire in 2024 and as per Sport.ru, he is valued at around 40 million euros (£34million).

Jurgen Klopp has got world class wingers like Sadio Mane and Mohamed Salah at his disposal. Moreover, the German manager has got Origi and Shaqiri in the backup and even Minamino is there.

The Japanese international can play anywhere in the attacking third and mainly played as a winger with Salzburg. The Reds also have a talented right winger in the form of Harvey Elliott, who has already made a few senior appearances for the club.

In your opinion, do Liverpool need to further reinforce their wide attacking positions? Should Klopp splash £34million to sign Quincy Promes?