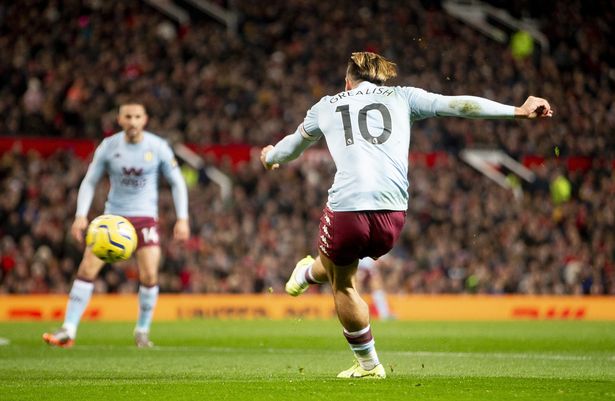 More recently, another former Premier League player in the form of Kevin Phillips has backed the Reds to secure the signature of the Aston Villa skipper, who has been in great form this season.

The retired England international, who won the European Golden Shoe award after scoring 30 PL goals for Sunderland in 1999-2000 campaign, thinks that the 24-year-old attacking midfielder would fit into Klopp’s system at Anfield.

“Liverpool are at a point where they can splash out on the world’s best. Those world’s best players want to come and play for Liverpool and Klopp. He plays a certain style and he will not buy someone unless it plays his system.”

“The obvious one is Jack Grealish. If Villa go down I am certain he will move on. Could he play for Liverpool? He is the only one out of the bottom three or four teams that could fit in that team.”

This term, so far, the English attacker has featured in 26 league games for the Villa Park outfit and directly contributed in 13 goals (7 goals and 6 assists). He scored a fantastic goal against Manchester United that left a world class shot stopper like David De Gea stranded.

Grealish mainly plays in the central attacking midfield role. We have an overcrowded midfield department with several versatile players but do not have a single natural CAM. The Reds used to have a top CAM in the form of Coutinho but the Samba star was sold and we still have not replaced him.

Aston Villa are 19th in the Premier League table after 28 fixtures and if they do go down once again, then it will not come as any surprise to see their captain, who is rated at £80million (The Athletic), leave the club in the summer.

Have your say – Should Klopp splash the cash to sign Jack Grealish? Is he good enough to improve our attack?