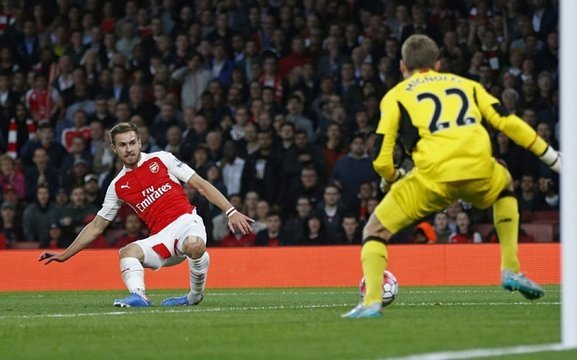 Couple of days ago, The Times revealed that Gini Wijnaldum has decided to leave Liverpool on a free transfer in the summer. The Dutch international has agreed a pre-contract to sign for Catalan giants Barcelona.

The former Newcastle man has arguably been the most important midfielder at Anfield under the management of Jurgen Klopp. No midfielder has played more games under the German manager at the club than Wijnaldum and no midfielder has been fitter than him as well.

So, his departure is going to be a big loss for the reigning Premier League champions, who must move to replace him in the summer transfer window.

If recent reports in the media are anything to go by then Liverpool could move to lure former Arsenal star Aaron Ramsey.

According to Calcio Mercato, the Welsh international, whose contract with Juve will expire in 2023, could agree a move back to the Premier League and the likes of Liverpool and West Ham are in picture to secure his signing.

Ramsey is a versatile central midfielder, who can effectively play in the attacking third as well. With the Gunners, he was highly impressive but back in 2019, he opted to move to The Old Lady on a free transfer. He signed a mammoth contract worth £400,000-a-week with the Bianconeri (BBC).

However, the Italian champions have ample quality and depth in the center of the park and therefore, the 30-year-old has normally warmed the bench. Last season, he only managed to start 11 games in the Serie A under Sarri. This time around, under Pirlo, he has so far started just 12 league games (2 goals and provided 5 assists).

Since he is not a regular starter, he might be available for cheap but in all fairness, the £400,000-a-week wages should be the major obstacle because Liverpoo’s highest earner is Salah at £200,000-a-week (The Mail). More importantly, Ramsey’s injury record is not decent and we need a fit player to replace Wijnaldum.

In your view, who should Klopp lure to replace Gini at Anfield?