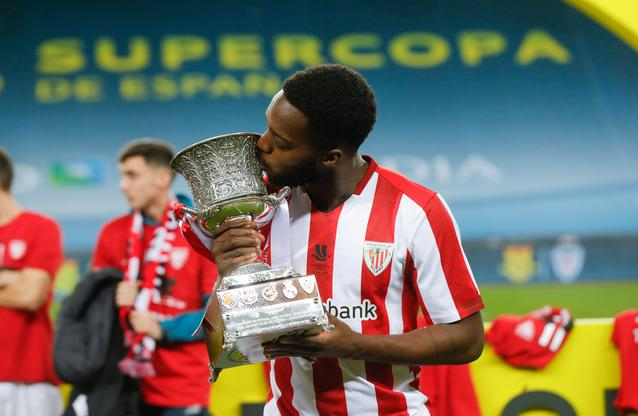 Poor finishing in front of goal once again cost Liverpool points last night. The Merseysiders could have been fourth but a draw has kept them in 6th place.

The Reds need to improve their attack in the summer transfer window and reports suggest that they are serious about luring Athletic Bilbao forward, Inaki Williams.

According to El Gol Digital, Liverpool are well advanced to make an offer worth 50 million euros (£43million) to hire the services of the Spanish international.

The Spanish news source have mentioned that the 26-year-old has got a mammoth release clause in his contract, which is going to expire in 2028, but an offer of £43million could be considered keeping in view the current financial climate.

As far as the player’s preference is concerned, it is stated that Williams wants to play for one of the best teams in the world and under the management of a top coach, therefore, he could be open to secure a move to Anfield to work under Jurgen Klopp.

Williams has mainly played as a center forward for Bilbao but he has got raw pace and can effectively play in the wide attacking positions as well.

In the current campaign, so far, the La Roja attacker has featured in 38 games for the La Liga club (all competitions) and directly contributed in 14 goals.

He put in a Man of the Match performance against Barca to help his side win the Spanish Super Copa title. Williams netted the first equalizer vs the Catalan giants and then scored the winning goal in extra time.

Since the turn of the year, Liverpool attackers have been out of form and the offense must be revitalized by Klopp this summer. In your view, should the Reds spend £43million to sign Inaki WIlliams?