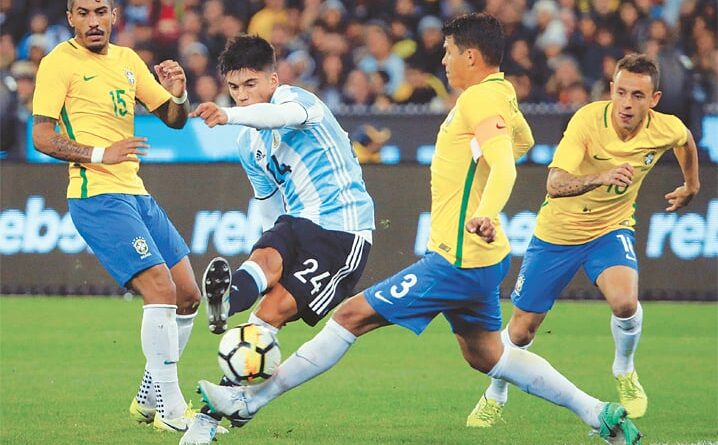 Liverpool need to improve their offense in the summer transfer window and reports suggest that they are interested in an Argentine international.

According to Il Messagero (subscription required), Lazio are looking to sell Joaquin Correa in the summer transfer window and he could be available for cheap.

The famous Italian news source have mentioned that late last summer, Juventus were looking to lure the La Albiceleste forward but there was no time to hire a replacement.

So, president Lotito opted to block his transfer, a decision that he now regrets because the player’s valuation has dropped due the ongoing pandemic.

Il Messagero claim that Liverpool have been interested in signing the South American star and they have observed his performances as well. Correa has a release clause of 80 million euros in his contract but in the next transfer window, it is stated that an offer of 40 million euros (£35million) could get his signing done.

The 26-year-old is naturally a secondary striker, who can play in the CF role as well. In the 2018-19 campaign, he scored decisive goals in the semifinal vs AC Milan and the final vs Atalanta to win the Coppa Italia for Lazio.

Last season, in 26 starts, he scored 10 goals and provided 5 assists. As far as the current campaign is concerned, so far, Correa has started 28 games in all competitions and directly contributed in 12 goals under the management of Simone Inzaghi (Transfermarkt).

He made his senior international debut back in 2017 and thus far, the forward has scored 2 goals in 5 appearances for Argentina.

Liverpool do have players like Firmino and Jota, who play in the False No.9 and secondary striker roles. What they need is a natural, top quality out and out center forward to improve the attack for next season. In your view, who should Jurgen Klopp sign to strengthen the strike-force at Anfield?