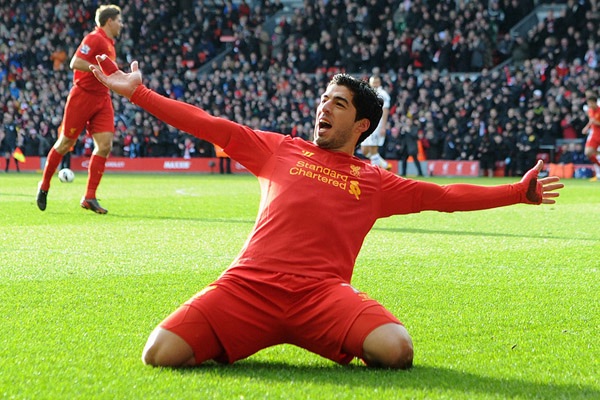 Liverpool have badly missed a prolific out and out striker this season. Over the years, the Reds have relied heavily on goals from Mane, Salah and Firmino but the front three have been out of form in 2021.

“If they could get Luis on a free transfer that’d be ideal but it’ll come down to whether Luis says he wants to play every week or he’ll be happy to move across and be part of the squad. But, because of his age, I don’t think he could expect to be playing every week”

“As a player, I think he’s always given 100 per cent, and he’s a decent enough character in terms of trying all the time without being disruptive. So, yeah, that wouldn’t be a bad move for Liverpool.”

“And I’m sure the fans would absolutely love to get Luis back and I do wonder if they may kick off if they feel that he isn’t getting enough airtime!”

The Uruguayan international was a superstar at Anfield. In the 2013-14 campaign, he won the European Golden Boot award for scoring 31 goals in the Premier League.

In the summer of 2014, the South American striker left the Reds to move to Barca and he won every major prize with the Catalan giants before joining Atletico Madrid last summer. As per Marca, there is a clause in his contract that allows him to leave the Wanda Metropolitano outfit on a bosman at the end of the campaign.

The 34-year-old took home £300,000-a-week at Barcelona (The Athletic). Few months back, Sport reported that the former Ajax forward has not taken a pay cut (by joining the Rojiblancos) and is still earning the same salary.

This season, thus far, Luis Suarez has netted 19 goals in 27 league starts for Atletico, who are in pole position to win the La Liga title. The 2011 Copa America winner (Player of the Tournament) has shown that he can still perform at the highest level. In your opinion, should Klopp move to bring him back to Anfield for free?