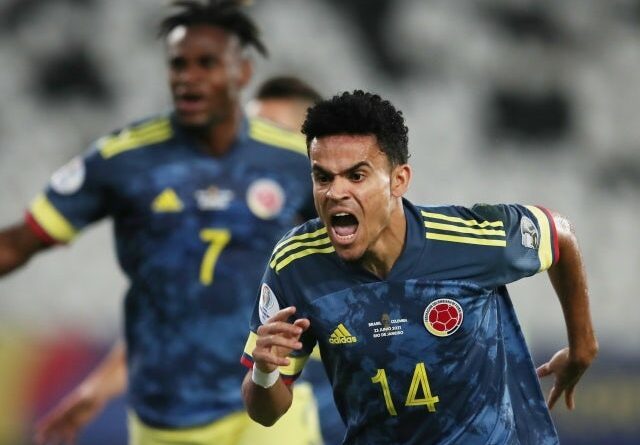 Liverpool were busy in the last few days of the winter transfer window and managed to sign a top quality attacker in the form of Colombian international Luis Diaz.

The Reds agreed a deal worth £50million with FC Porto (Goal) to lure the South American winger and the fans cannot wait to see him in action. We take a look at how Liverpool would line up with him in the starting XI.

Diaz was in fantastic form for the Dragons in the current campaign. He was the team’s top scorer, he netted 14 goals in 18 appearances and they are going to miss him.

The 25-year-old naturally likes to play on the left side of the field and mainly, he has featured as a left winger in his career. He is predominantly right footed and likes to cut back inside to shoot.

The Copa America top scorer had an impressive night at Anfield this term, he tormented our defense with searing pace and created several opportunities for Porto that they could not capitalize on.

Our first choice left winger is Sadio Mane, he has been irreplaceable in the starting XI but the Senegalese has not been at his best in the past year and a half. He is performing brilliantly at the ongoing African Cup of Nations and the addition of the Colombian would push him to perform.

Klopp does like to take time with the new signings before offering them consistent appearances in the starting XI. Therefore, we can expect that Diaz would be allowed time to to learn the system, settle well and then get into the lineup.

With his arrival, we now have quality in depth in the wide attacking positions and he will likely start on the left wing to cover for Mane.

After the international break, we will have key players like Thiago, Elliott and Keita available, moreover, soon, Salah and Mane will be back as well. We need everyone fit to challenge for all the trophies this term.

Here is how Liverpool could line up with Luis Diaz: