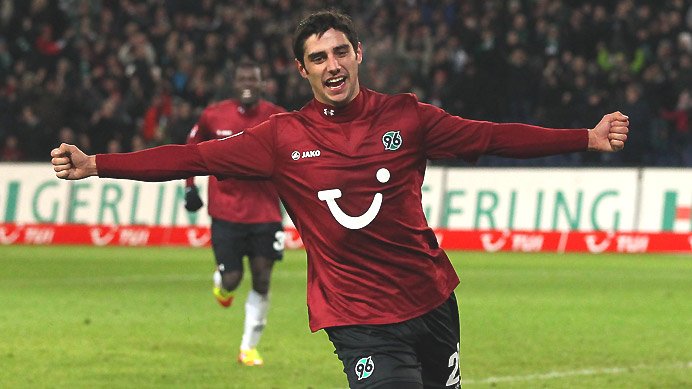 Although it doesn’t really sound like Liverpool are about to make any big waves on transfer deadline day, that hasn’t stopped clubs from warning them off their rumoured targets with German side Hannover 96 the latest to issue a hands-off warning to the Anfield outfit.

Earlier in the month the Reds felt the wrath of Stoke City when rumours emerged that they were eyeing attacker Bojan Krkic and the stern response that came from Burnley when suggestions were made that they could move for Danny Ings is still echoing around. While that move may still come to fruition, Brendan Rodgers reported interest in Die Roten captain Lars Stindl has prompted the Bundesliga club to tell potential suitors not to even bother asking after him.

With Steven Gerrard set to join the LA Galaxy this summer, the Northern Irishman is reportedly on the trail of the dynamic German as a potential replacement for his current skipper. When asked about the midfielder, Hannover 96 sporting director Dirk Dufner didn’t mix words by saying that “He’s our most important and valuable player.” Despite being such a valuable asset, his contract only runs until 2016 leading to speculation that he could leave.

Although Liverpool wouldn’t be likely to move for him until the summer with rumours doing the rounds that he has a clause in his contract that will let him leave for €3mil then, an earlier than expected bid could come in for his services before the transfer window closes later on today — something that won’t be welcomed by the club. “In any eventuality, we will not let him go this winter” confirmed president Martin Kind when asked about speculation in the German press linking him with a move away from the club.