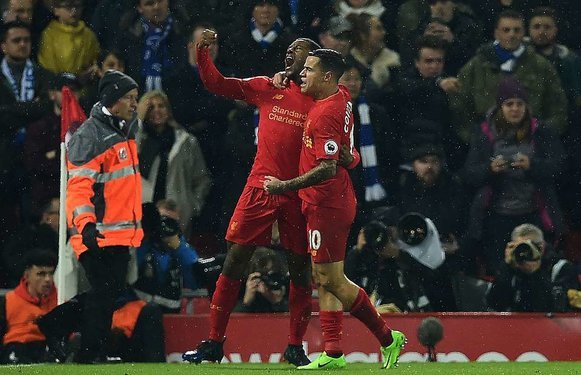 After getting thumped against Tottenham Hotspur last weekend, Liverpool boss Jurgen Klopp stressed that he’d make changes to the side that will face newly promoted Huddersfield Town tomorrow at Anfield, but the German manager may be forced in to one in particular with Philippe Coutinho almost certain to miss the meeting with the Terriers with an adductor strain.

“It’s not clear in the moment,” said Klopp in his pre-match press conference. “Last week he had some back problems before the Tottenham game, but then during the week it settled with treatment and all that stuff, so he was fit for the game,” explained the Liverpool manager. “This week he had a little bit of problem with the adductor. It’s not clear so far if he is out for tomorrow. We will make the decision today after training,” continued the German. “He didn’t train yesterday, that’s true, but that’s all for the moment. There are no other new things [injury problems].”

Already without both Adam Lallana and Sadio Mane, the loss of Coutinho will be a massive blow to the Reds cause. Falling to ninth in the table, their chances of qualifying for next season’s Champions League is looking a bit grim. Although the Brazilian will be missed, Klopp will be able to welcome Georginio Wijnaldum back in to the fold after the Netherland’s international missed the trip to North London last weekend with a knee problem.

“The knee is good now,” said the Reds midfielder, going on to explain that a clash with James Milner in training lead to him missing the meeting with Spurs. “At first it didn’t look like it was that bad, but after training I had more pain than during training and the day after, on Sunday before the game, I had a lot of pain. I could barely walk, so it was not possible to play,” continued Wijnaldum. “I’m still in a little bit of pain but I can play with it. I had full training yesterday and felt good so probably I can play,” added the 26-year old. “The manager decides if he’s going to put me in the first XI, but I will be available.”