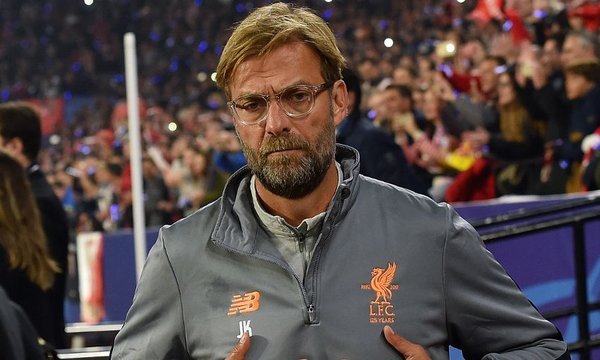 Going in to the break with a commanding three goal lead, Liverpool looked headed for the knock-out stages of the Champions League, but a miraculous fightback from Sevilla saw the Spanish side score a treble to not only snag a point from the jaws of defeat, but pry Group E wide open heading in to the final match of the Group Stages.

“We stopped playing football in the second half. We have one real weapon – playing football – and we didn’t do that in the second half before we conceded the second goal,” said Reds boss Jurgen Klopp, speaking to the BT Sport following the final whistle. “It’s obvious what we did – the real problem is we stopped playing football. Our main mistake was that for 15 minutes we didn’t play football, we were passive, we were a little bit too deep. They fought back and well done to them,” added the German manager, sounding sour. “It feel like we lost but we didn’t lose. There is a game to go and it’s still in our hands but at the moment it feels really bad.”

It’s a spot of deja-vu for the Kopites with the first leg at Anfield ending almost the exact same way. Having come out of the gates roaring, Liverpool dominated the meeting on Merseyside only to have the Andalusians bag a late equalizer on the back of some poor defending — a draw that felt very much like a loss.

And, it was the same in Spain. A brace from Roberto Firmino sandwiched a predatory diving header from Sadio Mane to send the visitors in to the second half well in front, but a pair of soft decisions involving Reds defender Alberto Moreno — first a free-kick and then a contentious penalty — saw Sevilla attacker Wissam Ben Yedder double-up and pull the hosts within a goal by the hour mark. Under siege and unable to break out, Liverpool did what Liverpool do with Guido Pizarro capitalizing on a poor headed clearance from Ragnar Klavan to level the score and send the Estadio Ramon Sanchez Pizjuan into unhinged celebrations.

“I am not sure (how the collapse happened). The first half was very good, disciplined, score good goals. The second half was very bad, we did not start well at all. We gave a corner away and struggled from then on,” explained Reds captain Jordan Henderson, reflecting on a night he’d rather forget. “We did not keep the ball and I did think the free-kick and penalty decisions were soft to let them back in the game. We need to be better,” added the skipper, ploughing a familiar furrow. “At least it is still in our hands to top the group.”