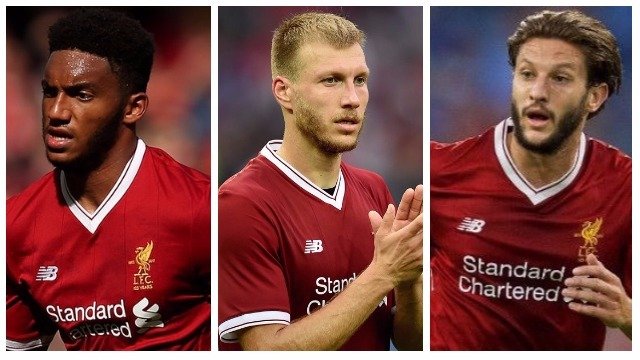 Having employed a make-shift defensive line in the win over Brighton and Hove Albion at the weekend, Liverpool boss Jurgen Klopp is set to return to a more familiar formation with the likes of Ragnar Klavan and Joe Gomez ready to return to the starting eleven when Spartak Moscow visit Anfield in the Champions League tomorrow.

“Thank God not so far, but we still have three or four hours to go until we train,” said the German manager, speaking to the press ahead of the meeting with the Russians. “So last time when I came in it was pretty late when I got the information so we have to wait, but so far no,” added Klopp, relieved to have options again. “Yes, it looks like it [Gomez and Klavan will be ready]. They were in training yesterday and did the full stuff and that was good. We didn’t do a lot, it was a bridge day, but what we did they could do. They looked both really well.”

This, of course, will come as a relief to the Reds boss. While the Seagulls put up a good account of themselves at the weekend, the Russians will be extra motivated to turn the screw despite their slim chance of progressing to the knock-out stages. Liverpool need only a point to secure a spot in the next round, but Spartak will need to win at Anfield and hope Sevilla lose out the NK Maribor in the Spaniards final group game.

Klopp, who has been managing the fitness of his players as best he can, is unlikely to take any chances on Wednesday and will almost certainly field his strongest side despite having the Merseyside Derby looming at the weekend. It would have been nice to give either Emre Can or Georginio Wijnaldum a break after the midfield pair were drafted in to the defense against Albion, but with Adam Lallana still out, it’s unlikely either of them will be on the bench.

“No, Adam will not be in the squad for this game tomorrow, but he is on a very good way. That’s what we thought actually the whole time, and we want to build him up with his fitness and all that stuff,” explained Klopp, again forced to leave the Englishman out of the match day squad. “He is keen, how you can imagine, but meanwhile he is old enough to know there are a lot of important years to come for him, a lot of important games to come for him, and it’s not about coming somehow in the next one – it’s about being best prepared for all the rest.”