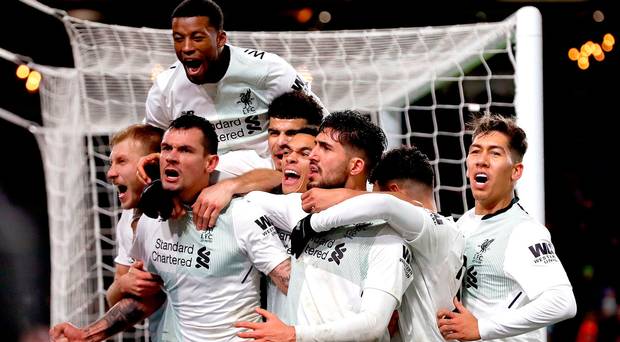 Opening the New Year with a narrow win over high-flying Burnley FC, Liverpool started 2018 where they ended 2017 with their spot in the top-four secured for another week thanks to a late goal from Ragnar Klavan — a last gasp winner from the Estonian that surprised just about everyone.

“We deserved the three points but a draw would have been absolutely OK as well and if we don’t score then even Burnley would have deserved it, it was just an open game,” admitted Klopp, speaking to the club’s official website. “We were the lucky side, but – as I said – I am really happy about attitude, character and all that stuff. You need to win your average games, you need to win with your attitude on your not 100 per cent best days,” conceded the German manager, staying realistic. “Character-wise we were at 100 per cent, performance-wise I’ve seen us already better football playing… but who cares?”

A stunning goal from Sadio Mane opened the scoring just past the hour mark and looked to be the winner before Clarets winger Berg Gudmundsson stooped low to head past Liverpool ‘keeper Simon Mignolet after the Reds back-line failed to cope with a high cross in to the box.

Dejan Lovren and Klavan in particular would go on to redeem themselves though, combining to bag a late winner as the Croatian flicked a deep ball in to the path of his partner to send a header of his own past a helpless Nick Pope. With the arrival of Virgil van Dijk from Southampton, changes are coming at the back, but Klopp was keen to both play down what the arrival of the Netherlands international means for his other defenders and their ongoing defensive issues in general.

“I was never in doubt about the character of my boys, I never thought we had a proper defence problem,” explained the Reds manager. “That doesn’t mean we didn’t need an extra player like Virgil [van Dijk] now, which will help a lot. But it was never in doubt. The boys showed it a lot of times that we are on a good way,” added Klopp, going on to address the shrinking gap between Liverpool and the likes of Manchester United and Chelsea in the table. “We need to keep the distance not bigger, and if we can make it a little bit smaller that would be good, but at least the same distance with the teams ahead of us.”