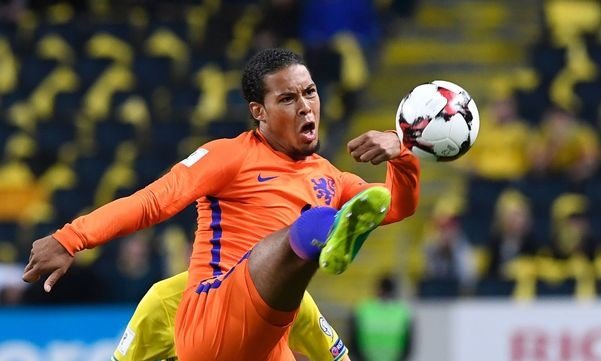 After a chase that started last season, Liverpool have finally confirmed the signing of defender Virgil van Dijk from Southampton and the Netherlands international wasted no time in expressing his happiness at making the move to Anfield and becoming the most expensive defender of all time.

“Delighted and honoured to have agreed to become a Liverpool FC player! Today is a proud day for me and my family as I join one of the biggest clubs in world football!” read a statement on his official Instagram page. “I can’t wait to pull on the famous red shirt for the first time in front of the Kop and will give everything I have to try and help this great club achieve something special in the years to come.”

Left out of the squad that lost to Tottenham Hotspur at Wembley on Sunday, there have been whispers that van Dijk would finally get the move he pushed for all summer early in the January transfer window, but no one expected the process to be quite this simple after the numerous roadblocks thrown up by the club in an attempt to keep him at St. Mary’s Stadium. It was expected that there’d be a three-way bidding war between the likes of Liverpool, Manchester City and Chelsea for his signature, but the Reds wasted no time — and pulled no punches — with their £75mil bid enough to convince the Saints hierarchy to do business.

In what’s become a well trod path from the South Coast to Merseyside, van Dijk will join Saints alumni Adam Lallana, Sadio Mane, Dejan Lovren and Nathaniel Clyne at Anfield and in the process bringing the Reds total pay-out to Southampton over the years to just under £200mil.

“I would also like to take this opportunity to say thank you to [Southampton vice-chairman] Les Reed, the board, manager, players, fans and everyone at Southampton,” continued the statement. “I will always be indebted to the club for giving me the opportunity to play in the Premier League and despite a difficult last few months I have thoroughly enjoyed my time at Saints and have made friends for life at the club. Thank you for everything,” said van Dijk, keen to recognize the role the Saints have played in his development. “Thank you for all the messages of support. I’m now looking forward to meeting my new team-mates and getting started.”