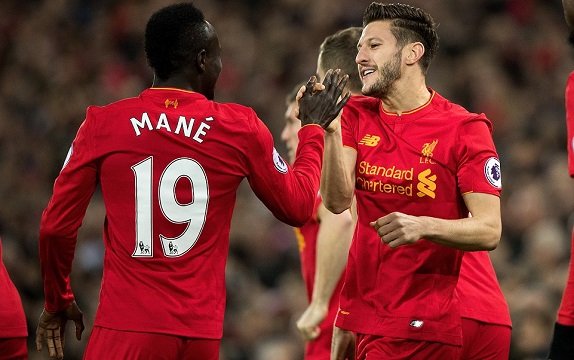 Having struggled for form over the past couple of weeks, Liverpool attacker Sadio Mane broke the deadlock in the Reds 2-1 win over Burnley FC at the weekend to give us a sharp reminder of what the Senegalese winger is capable of and hand him a big boost in the confidence stakes.

“It was important for myself and the team,” the former Southampton man told the Press Association Sport. “I am trying to give my best to help the team. At the moment it is not easy, it was very difficult,” added Mane, who is en-route to the CAF Awards ahead of the meeting with Everton on Friday. “I think it pushed me up to get more confidence to help the team.”

With only five goals and four assists in the Premier League since the start of the campaign, the 25-year old has struggled to consistently put in the kind of performances that saw him win both Player of the Year and Supporters Player of the Year in Liverpool’s end of the season awards.

Thankfully, there’s still a lot of football left to be played. With fellow speedster Mohamed Salah potentially set to miss the FA Cup third round meeting with the Toffees, Reds boss Jurgen Klopp will be looking to Mane to step up his game — and, Adam Lallana too. Another Saints alumnus, the English midfield man played 86-minutes against the Clarets as the club continues to manage his fitness. Making his first start of the season, Lallana put in an energetic performance and he’s ready to do it all again on Friday.

“I have come back strong. I had a couple of little setbacks along the way with a minor blister and then a tight muscle but that’s what happens,” said the 29-year old. “Maybe it is credit to the manager over the last few games, just holding me back. I was able to get some good training sessions in but I’m back now,” enthused Lallana, ready to go again in the Merseyside Derby. “There are so many great games to look forward to, like the FA Cup tie against Everton on Friday. I’m absolutely delighted to be back and part of a winning team again.”