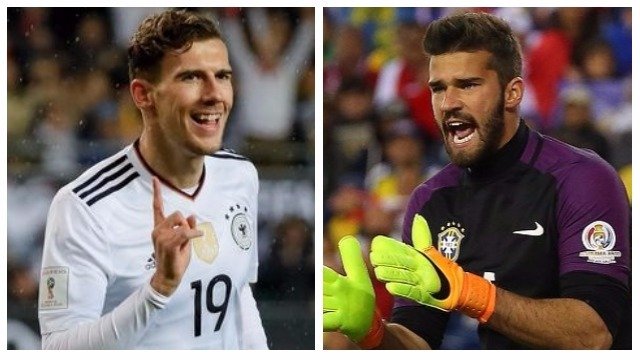 Since the chances of Liverpool drafting in RB Leipzig man Naby Keita in January is around slim to none, Reds boss Jurgen Klopp could be forced to make a move for one of his summer targets earlier than expected with Schalke 04 midfielder Leon Goretzka out of contract at the end of the season and unlikely to put pen to paper on a new deal.

With a couple bucks in the bank and their own contract rebel in Emre Can primed to join Juventus on a free-transfer, the Anfield outfit could make a move for the in demand 22-year old as they look to beat the likes of Arsenal and Bundesliga heavyweights Bayern Munich to his signature.

“We’ve done everything to ensure he stays,” said Schalke board member Clemens Tonnies, speaking to German media outlet Welt am Sonntag. “In January, he wants to say what he’s doing. Schalke have accepted the financial conditions of Leon and his management,” continued the German entrepreneur. “He was also important for the sporting development of the team last summer and, after the first half of the season, we’re in second place and in the quarter-finals of the DFB-Pokal,” added the Schalke man. “Leon can and must decide now.”

In a completely different vein, Liverpool have also been tipped with an interest in AS Roma ‘keeper Alisson Becker with the young Brazilian impressing in the Italian capital. Having added longterm target Virgil van Dijk to the mixer, the Reds could take their defensive strengthening to the next level by adding a new shot-stopper to the equation. Klopp has constantly rotated between Simon Mignolet and Loris Karius between the sticks, but neither have impressed as the Anfield outfit’s defense continues to struggle.

That being said, the Giallorossi — who are still in the mixer for the Scudetto and are set to face Shakhtar Donetsk in the knock-out stages of the Champions League — are unlikely to let him leave this month and if they do let him go this summer, will drive a hard bargain.

“For now, I haven’t been contacted by anyone,” his agent Ze Maria told Roman paper Pagine Romaniste. “New contract? Not yet, but he still has three-and-a-half years left on his current deal,” he continued, playing down talk of Roma offering him an improved contract to ward off interest from abroad. “We’re not in a hurry. Alisson is very happy at Roma.”