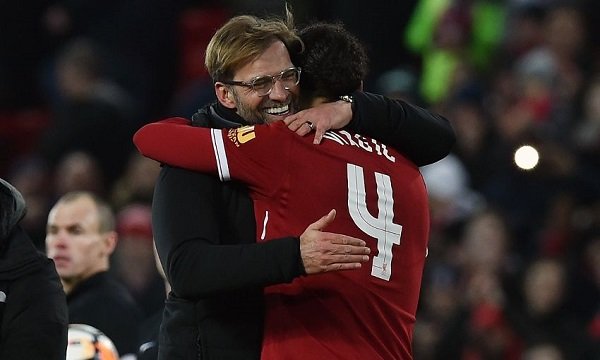 It was a debut to remember for Liverpool new-boy Virgil van Dijk with the big defender scoring a late winner as the Reds knocked crosstown rivals Everton out of the FA Cup at Anfield on Friday.

Having only just completed his move to Merseyside from Southampton, the Dutch international was thrown straight in to the fray by Liverpool boss Jurgen Klopp and the 26-year old came up aces as his new club eased past the Toffees. Big things are expected of van Dijk and his massive price-tag will do nothing to dampen expectations, but after a year hampered by injuries and speculation over his future, he’s got the drive to get back to best — and push beyond it.

“From what I’ve seen over the last couple of days – I’ve only been with the group for four or five days – it’s a special group with a lot of quality, a lot of presence and a lot of personality,” explained the Reds defender. “Everyone has welcomed me very well. I just want to improve and work hard for the team, the club and the fans every day,” continued van Dijk. “There is still plenty of room for improvement. It’s just the start,” promised the Dutchman. “I haven’t played a game for the last three weeks; I was very happy that I got the chance and I’m very happy that we went through to the next round. It was a tough game but we’re through.”

Things aren’t about to get any easier any sooner. After being dismantled by Manchester City when they visited the Etihad Stadium earlier in the season, Liverpool will look to get some measure of revenge when Pep Guaridola’s side visit Anfield this weekend. Looking to keep pace in the race for a Champions League spot, the Reds will up against it at the weekend as the yet to be beaten Citizens aim to extend their lead at the top of the table.

One thought on “Van Dijk Working to Do Better Than His Best, Klopp Wants Hard Work Over Style”