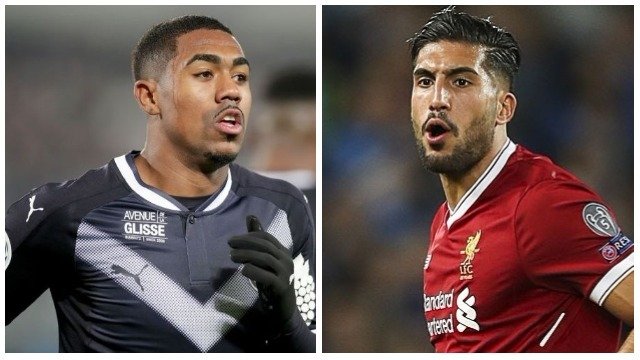 With a deal for AS Monaco winger Thomas Lemar looking unlikely to materialize in January and RB Leipzig definitively ruling out Naby Keita moving to Anfield early, Liverpool are now being linked with a move for Bordeaux attacker Malcom. Considering Arsenal have yet to open talks with the French club, a hijack could be in order — something that Les Girondins manager Jocelyn Gourvennec has hinted at.

“He’s asking himself what’s the best thing for him, for his future. That’s logical. If he’s asking questions and he still manages to make assists or score goals, it’ll be fine,” said the Bordeaux boss. “If Liverpool want you to work for them tomorrow, you’d go. I’m a coach, I’d like to be able to count on Malcom, Malcom has to help us,” added Gourvennec, suggesting the Reds are interested in the Brazilian. “There is one person who decides in this, that’s the majority shareholder. He talked about this at the weekend, but football remains football.”

A fee somewhere in the region of £40mil is being kicked around for the 20-year old who has seven goals and four assists in League 1. Maybe that’s a bit steep for a player that’s unproven at the top level, but considering his relatively young age and the fact that he won’t be cup tied when the Champions League resumes in February, he could be worth a punt.

In other news, following the win over league leaders Manchester City on Sunday, contract rebel Emre Can has hinted that he’s open to signing a new deal at Anfield. The German midfielder is in the final six months of his contract and is free to hash out terms with a foreign club. Reds boss Jurgen Klopp has made no secret of his desire to keep the former Bayern Munich man on Merseyside and talks are ongoing between Liverpool and his agent. Italian giants Juventus appear to be in pole position to snatch him up on a free come the end of the campaign with some reports saying that a pre-contract agreement is already in place, but Can insists that he hasn’t put pen to paper on anything, with anyone.

“My agent is looking after everything but I am here until the summer,” said the 24-year old. “I haven’t signed anything with anyone. I am talking with everyone. Of course I am talking with Liverpool. Why not? I still have a contract here. It is an amazing club,” continued Can, giving hope that an agreement is on the horizon. “What can I say? My agent does the rest,” stressed the German. “I just concentrate on the scene, on my performance and the football. I will give everything for this team.”