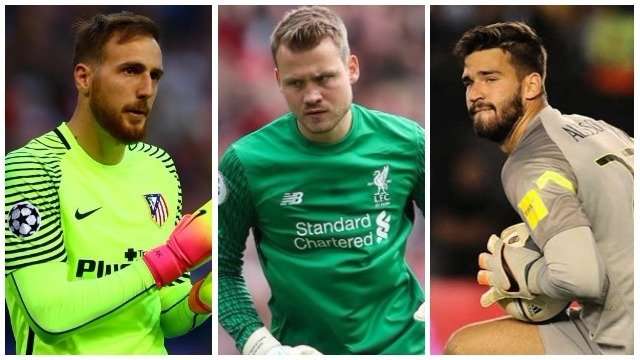 Dropped to the bench in favour of Loris Karius for Liverpool’s thrilling win over Manchester City at the weekend, Reds ‘keeper Simon Mignolet has got the rumour mill in a tizzy after the vented his frustration at boss Jurgen Klopp’s rotation policy — going so far to admit that he’s considering his future at Anfield.

“After the game against Burnley I had a conversation with the coach, among other things about his ongoing rotation. I did not find that a healthy situation for a goalkeeper,” said the Belgian shot-stopper. “I am not satisfied with that (being dropped) but you have to respect a decision of the trainer,” continued Mignolet, before suggesting he’s ready to look at other opportunities. “I have to think about my future and the World Cup is coming. This situation should not last too long, that is clear. But I cannot say more about it either.”

Napoli has been linked with a move for Mignolet, but with Karius looking far from ready to take the reigns full time — if, at all — where do the Reds go from here? There have been suggestions that Klopp has been weighing up his options for some time as the German looks to fix his fractured defense. The arrival of Virgil van Dijk from Southampton earlier in the months has clogged a vital gap, but adding a world class ‘keeper would truly take the Merseysiders to the next level.

Tipped leave Atletico Madrid at the end of the season if they don’t secure any silverware, Jan Oblak has emerged as a potential target for Liverpool — though his £90mil release clause could prove to be a stumbling point if the Spanish side want to push the issue. AS Roma shot-stopper Alisson Becker, who has been linked with a move to Merseyside before, is in a similar situation with the Brazilian admitting that although he’s happy in the Eternal City, he’ll consider his future at the end of the campaign.

“I am happy in Rome,” he told Sky Sport when asked about his future. “It’s always a pleasure to feel that lots of people are monitoring you but my head is focused on Roma,” explained the Brazilian. “In June, maybe we will speak about it again but for now I am concentrated on Roma,” insisted Alisson. “I have worked very hard and want to continue along that track.”