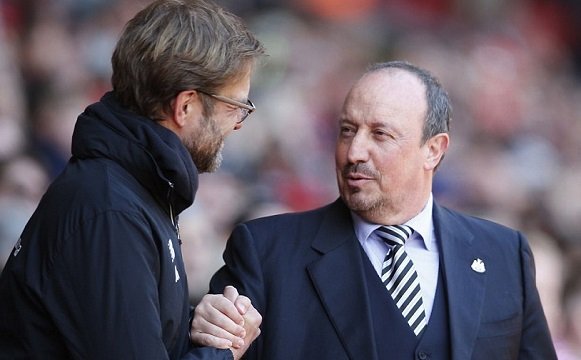 Newcastle United boss Rafa Benitez still has a strong connection to Liverpool after all these years. Winning a Champions League, an FA Cup and coming agonizingly close to ending their wait for the Premier League title, the Spaniard is still held in the highest regard on Merseyside, but when he visits Anfield later today, there’ll only be one thing on his mind.

“The main thing is to win the game. It will be ‘all the best’ after the game,” explained Benitez, forever the professional. “We won so many things there and I enjoyed every minute. My family are still there and the connection is still there,” continued the former Reds manager, wary of what his team will come up against. “Liverpool is a great team and they are scoring a lot of goals. We have to be strong enough mentally and physically to compete with them,” mused the Spaniard. “They can play in lots of ways, on the counter or dominating possession. We have to go with confidence and replicate our positives from the last few games.”

Having won promotion back to the Premier League at the end of last season, it’s been a mixed season for the Toon Army with a lack of investment in the playing squad taking it’s toll. Bagging only one win in their last five outings — taking down second place Manchester United at St. Jame’s Park — Newcastle travel to Anfield in 15th place and a mere two points above the drop zone.

As much as the Kopites around the world would like to see Benitez stay in the top flight, we won’t be doing him any favours. Looking to keep pace in the race to secure Champions League football for next season, the Reds won’t be pulling any punches — though a hard fought scoreless draw between the two sides earlier in the season confirmed that the visitors are well prepared to do everything they can to retain their Premier League status.