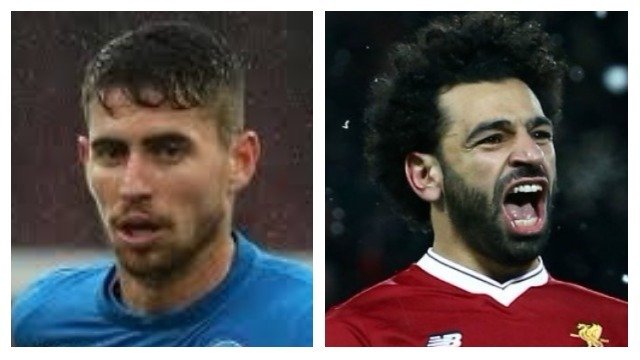 Rumoured to be a target for Liverpool during his time with Hellas Verona, in demand Napoli midfielder Jorginho ended up plying his trade at the Stadio San Paolo rather than Anfield, but the Brazilian born Italy international could end up taking the long way around to Merseyside with Reds boss Jurgen Klopp reportedly keeping a close eye on the 26-year old as a potential replacement for the seemingly outgoing Emre Can.

As one of the stand-out players in the Partenopei’s Scudetto chasing side, Jorginho has been peaking the interest of a number of top managers and though he’s insisted that he’s focused on Napoli, a move to the Premier League could peak his interest.

“I think that I could fit,” said the midfielder. “It depends on who else is around me – I need players with the same characteristics that I have,” continued the Italian. “There are English teams with this style of play, ball on the ground, quick transitions, high pressure,” added Jorginho, perfectly describing Liverpool’s high-octane brand of football. “If one of those teams wanted me, I could fit and the other way round. My football way is not an usual one.”

Should Napoli go on to pip Juventus to the Serie A title, the stock in the versatile midfielder will only rise and in the age of exorbitant transfer fees, he could net the Partenopei a fair bit of coin — that is, unless Liverpool can work the same kind of magic that saw them snap up Mohamed Salah from AS Roma for what now looks like a snip.

The Egyptian, who has bagged to date an astounding 28-goals in the Premier League alone, made the move from the Eternal City to the England’s Northwest last summer for an initial £36.9mil mere weeks before Neymar’s transfer to Paris St. Germain made £100mil+ fees a reality. Although Klopp had admitted that Salah was a bit of a gamble, had anyone had any idea just what how well he’d do on his return to England, the Gillarossi’s bank account balance would be quite a bit higher.

“On Salah there are two important things to understand,” said Roma sporting director Monchi. “First, Salah was sold before the Neymar effect revolutionized the market. Second, we had a necessity to sell Salah before June 30,” continued the Spaniard, hinting at UEFA’s Financial Fair Play rules. “Anyone who understands a bit of this business knows that that’s like having a sword pointed at your neck. So taking into account these two conditions I think we made a sale that was fairly big.”