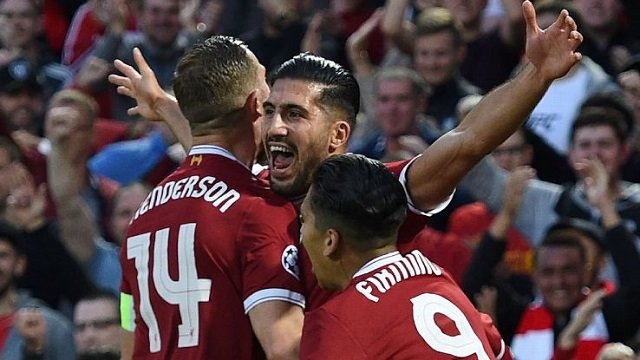 The big news today is that Liverpool will square off with AS Roma in the semi-finals of the Champions League after the draw was held earlier today in Switzerland, but with AFC Bournemouth visiting Anfield tomorrow, Reds boss Jurgen Klopp has more pressing matters to attend to and will have to put planning for the Gilarossi on the back burner.

Coming off an emphatic quarter-final victory over Manchester City, the Merseysiders host the Cherries with Eddie Howe’s side looking to take one big step towards Premier League safety. Liverpool, on the other hand, aren’t mathematically assured a top four finish and after sandwiching a meeting with Everton in between the two-legged tie with the Citizens have some fitness concerns going in to the weekend.

“It’s quite difficult at the moment, we must wait pretty much [every] five minutes for some news. At the moment it looks OK,” said Klopp, speaking to the press at Melwood. “Unfortunately, I think, not 100 per cent sure, that Raggy felt a little bit [something] muscle-wise. And Clyney [is], probably, out. [He felt an injury] in training the day after the game, explained the German, going on give some good news on the Roberto Firmino front. “Bobby had a little [issue] with his neck but should be OK, I think.”

Having played a match more, the Reds are ten points ahead of fifth placed Chelsea and level on points with fourth placed Tottenham Hotspur — not a bad spot in to be in midway through April, but with that being said, if anyone picks up a knock it could be absolutely catastrophic.

Light up top, in the center of the defense and even through the middle of the park, Liverpool are walking a tight rope when it comes to squad depth. There are whispers that both Emre Can and Adam Lallana will miss the remainder of the season and while that would be a blow to their cause both in Europe and domestically, Klopp isn’t ready to close the door on either of them returning before the end.

“It’s not good. Joel Matip is for sure out – I saw him walking around here and he will not come back [this season], but with the other two [Lallana and Emre Can] there is at least a little bit of hope,” mused the gaffer, hopeful to have both of them back in action sooner rather than later. “Jordan played outstandingly good in the last few games and now I tell him because he was not involved in the City game because of a second yellow ‘now you have to fight back, my friend’,” said Klopp, switching gears and confirming that the skipper will be back in action on Saturday. “He is already hot, he has the freshest legs in the midfield so I would be silly if I did not use him.”