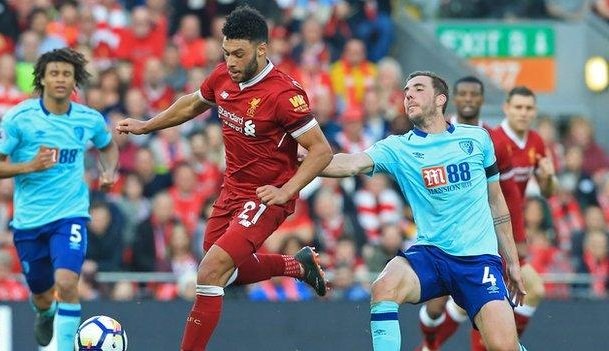 Coming off the win over Manchester City in the Champions League and the draw for the semi-finals, Liverpool’s meeting with AFC Bournemouth on Saturday kind of got lost in the shuffle, but keeping their minds on the matter at hand the boys pulled through with a 3-0 win over the Cherries to further cement their spot in the top four.

“It was a very intense 14 days for the boys, very intense from all parts – physical and mental,” said Jurgen Klopp, speaking to the club’s official website. “It was really hard. So what they did [against Bournemouth] was exceptional, to be honest,” continued the gaffer. “The mood is so positive in Liverpool; we had a walk in the city – which we always do when we’re in the hotel – and it kind of felt like a parade already, people were clapping their hands and beeping their horn and shouting ‘well done’,” enthused the German manager, understanding exactly what their progress in the Champions League means to the Reds support, but also recognizing that’s not the only competition that matters. “We know it was good but the next game needs to be good as well. That’s quite a challenge for the human side of us. The boys did really well.”

A first half goal from Sadio Mane sent the hosts on course for all three-points, but the staunch resistance of the Bournemouth back-line kept them in the game until Trent Alexander-Arnold and Mohamed Salah combined for a bit of magic with just under 20-minutes left to play to give Liverpool a much needed cushion.

Venturing out of their defensive shell and losing their shape as they tried to claw their way back in to the match, Eddie Howe’s side started to put the Reds under pressure, but Roberto Firmino would ensure all three-points stayed on Merseyside when his late strike beat Cherries ‘keeper Asmir Begovic — his 15th Premier League goal of the season.

“At half-time, we came in and we had a few things we wanted to tighten up on to make sure that at 1-0 we didn’t give them any openings to get back into the game,” explained Liverpool midfielder Alex Oxlade-Chamberlain. “I think we did that well for the start of the second half and obviously we went 2-0 up and then maybe took our foot off the gas a little bit and they put us under a little bit more pressure at the end,” mused the Englishman. “But, overall, really good; another really mature performance I’d say off the back of an amazing week where maybe things can get distracted.”