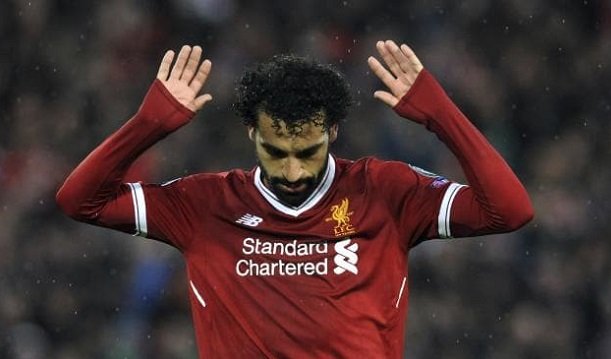 Scoring two and setting up a pair in trademark fashion, Liverpool attacker Mohamed Salah ran rampant as the Reds ran out 5-2 winners over AS Roma in the first leg of their Champions League semi-finals with the shell-shocked Serie A club.

The newly crowned PFA Player of the Season, who only just traded the Eternal City for Merseyside over the summer, showed his class with his subdued celebrations, but he held nothing back as he ran his goal tally up to 43 in 47 appearances this season — the kind of form that will see him challenge for the Ballon d’Or.

“He is in the form of his life,” said former Liverpool captain and Champions League winner Steven Gerrard. “It’s difficult to compare him to [Cristiano] Ronaldo and [Lionel] Messi because they have done it for so long and they have been consistent year in, year out,” added the U18’s manager. “But without a shadow of a doubt he’s the best player on the planet right now.”

Trying to solidify their spot in the top-four, the Anfield outfit host relegation threatened Stoke City at the weekend in a match that will almost certainly see a number of players rested as Reds boss Jurgen Klopp keeps an eye on the second leg in Rome next Wednesday. Both tasks become that much more complicated with the news that Alex Oxlade-Chamberlain will miss the rest of the season with a knee injury, but if they can come through the meeting with the Potters relatively unscathed, Salah and the boys have a fantastic chance of heading to the final in Kiev next month.

“If you think he’s the best in the world, write it or say it,” said Klopp, taking a far more subdued approach. “He is in outstandingly good shape, in world-class shape, 100 per cent. That’s good. To be the best in the world you need to do that over a longer period, I think,” mused the German manager, keeping things light. “There are a few others who are not too bad,” he quipped, flashing that trademark smile. “He is a fantastic player and I’m really happy to have him.”