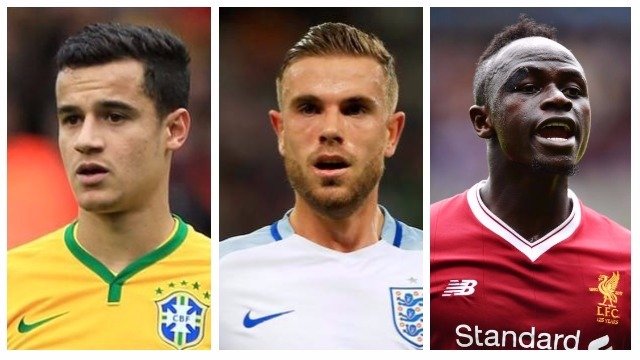 Although he was still sidelined when Liverpool ran out 4-1 winners against West Ham United at the weekend, that didn’t stop Brazil from calling up Reds talisman Philippe Coutinho and though he’s still in the process of recovering from an adductor injury, the Selecao are confident he could be fit in time to run out in their prestige friendly with England next week.

“Coutinho had a muscle injury in the adductor of the left thigh,” said team doctor Rodrigo Lasmar, talking to Globo Esporte. “He is in the final phase of recovery. We knew that he would not be fully fit, but we chose to make his final recovery with us,” continued the Brazilian. “The possibility of him playing against Japan is remote, but we are working to make sure he’s available against England. He may not be able to participate [against Japan],” added Lasmar. “But it’s a small chance. Our focus is to get him back for the second game.”

While there’s a possibility we’ll see Coutinho run out at Wembley, his teammate in Jordan Henderson will miss the meeting with the South Americans after withdrawing from the England squad with a thigh injury. Having also missed the meeting with the Hammers, the Reds skipper will now sit out the Three Lions clashes with both Germany and Brazil with the club hoping he’ll be fit in time to face Southampton by the time the international break winds down and Premier League action resumes.

They’ll also be hoping that Sadio Mane makes it back to Merseyside unscathed. A surprise inclusion in the Capital, the pacey winger showed just how important he is to the team as he twice set-up Mohamed Salah as the Egyptian bagged a brace at the London Stadium. Senegal, who face South Africa in a double header knowing that a mere point would see them book their place in next summer’s World Cup in Russia, will be glad to have the 26-year old back and ready to roll, but it’s going to cause a considerable amount of nerves around Anfield.

“It was not easy for me to be out with the injury. But more importantly I am back, I played a very good game and we won the game,” said Mane, thrilled to back in the starting eleven. “I am feeling 100%. There is no excuse for me. Even when I was injured I was always working hard,” explained the Senegalese attacker. “Everyone knows what it would mean for Senegal to get to the World Cup. Hopefully we can qualify. It is going to be a tough game. They are not in good form but we respect them a lot,” added Mane. “We know we have a great team and we can win.”