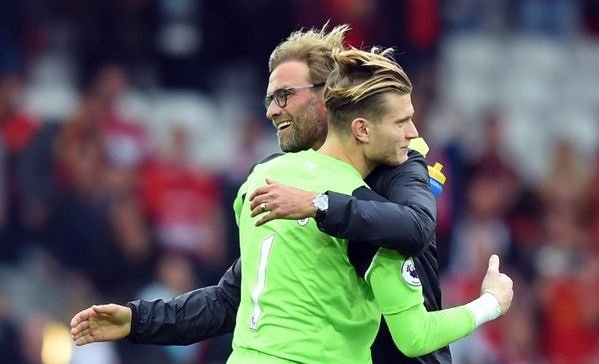 Running rampant on the weekend, Liverpool’s 5-1 win over newly promoted Brighton and Hove Albion only confirmed that the Reds are a force to be reckoned with when they’re on the attack, but ahead of their all important meeting with Spartak Moscow in the Champions League on Wednesday, how they perform at the other side of the pitch remains as much of a concern as ever.

In their last European outing, the Merseysiders chalked up a commanding three goal lead at half-time only to crumble following the break in the most spectacular way as Sevilla scored three on the hop to share the spoils. Unreliable at best and shambolic at their absolute worst, Liverpool have struggled to see out matches both on the home-front and in the Champions League this season. A mere point against the Russians will see the Reds claim a spot in the knock-out round and ensure that they’ll be back in Europe in the New Year, but with the group wide open, the pressure is on for them to put in a performance.

“This year is a new experience again, it’s the Champions League, so I’m collecting the new experience. Hopefully I’m also developing because I’m still young. I don’t think I was a bad keeper when I got here,” explained Liverpool shot-stopper Loris Karius, who has been between the sticks throughout their European campaign. “Maybe it’s a bit more pressure, but I think in football you always have the pressure before every game,” mused the German ‘keeper. “Maybe it’s a final for Spartak and for us. We can also win something, we can finish top of the group. We just need to focus on the positive things.”

While we’re unlikely to see a repeat of the make-shift back-line we employed against the Seagulls — which saw Georginio Wijnaldum and Emre Can drop in to defense — Reds boss Jurgen Klopp has confirmed that Joel Matip won’t be ready in time to face Spartak on Wednesday. Neither Joe Gomez or Ragnar Klavan were fit enough to fill in for the Cameroonian, but at least one of them should be set to partner Dejan Lovren in the heart of the defense.

“He has hurt his muscle. I don’t know how long exactly he’ll be out, but he’s definitely not playing Wednesday,” stressed Klopp, confirming that the 26-year old will miss out. “A month? No, I don’t think so. But as always, it’s possible. We have to wait,” added the German manager, staying decidedly mum on the details. “But it’s possible that it will be shorter. We will see.”