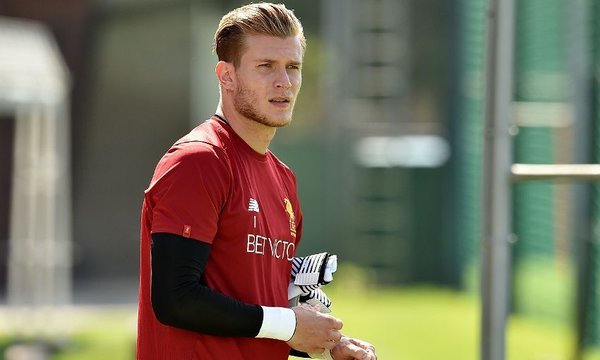 Although there were whispers that Liverpool ‘keeper Simon Mignolet would be recalled to the starting eleven for the first leg of the Reds Champions League tie with FC Porto, that bit of gossip has since been put to bed.

“Loris will start,” confirmed Reds boss Jurgen Klopp, speaking to the press aboard the plane to Portugal. “For all goalkeepers it is the same, they need that [confidence]. I don’t like to talk too much about it because we are only interested in the next game, but [his performance at Southampton] was important,” enthused the gaffer. “There were a few really good saves, important saves, good decisions – really smart decisions with quick restarts and stuff like that.”

Having been named Liverpool’s starting ‘keeper, the German has started the Reds last five matches, but inconsistency has continued to plague the former Mainz shot-stopper. While the jury’s still out on whether or not he’ll come good, a sustained run in the team could see him finally recapture the kind of form that earned him a move to Anfield in the first place.

With that being said, a turn around in form may not keep Liverpool from keeping their options open. The likes of Stoke City’s English shot-stopper Jack Butland and Atletico Madrid powerhouse Jan Oblak are being tipped as potential targets for Klopp this summer, but the one name that’s consistently linked with a move to Merseyside is AS Roma ‘keeper Alisson — a player that the Serie A side are keen to tie down to a new long-term contract. The Brazilian is being courted by a number of different clubs, but the Giallorossi are doing everything they can to extend his stay in the Eternal City as they reportedly prepare a new deal that will contain a release clause of €90mil.

“Is Alisson worth €50million (£45m)? Don’t be silly, he’s worth far more than that,” said Roma goalkeeping coach Roberto Negrisolo. “I don’t think many people have realised who Alisson is. This guy is a phenomenon. He is the number one of number ones. He is the Messi of goalkeepers, because he has the same mentality as Messi,” continued the Italian, not lost for words. “The way he behaves in the goal, he reminds me of Dino Zoff. I’d also compare him to Michel Preud-Homme, who had the class of someone born to be a goalkeeper.”