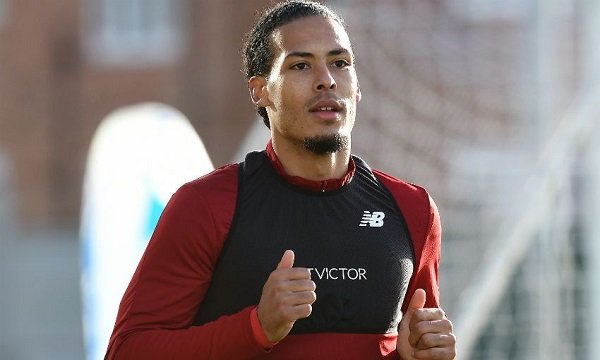 Having confirmed that more changes are on the horizon ahead of the FA Cup third round meeting with bitter rivals Everton on Friday, Liverpool boss Jurgen Klopp has confirmed that Loris Karius will start between the stick and that both Mohamed Salah and Philippe Coutinho will miss out through injury, but he’s left it a mystery whether or not Virgil van Dijk will make his bow against the Toffees.

Touted as the missing piece to the puzzle, the Netherlands international became the most expensive defender ever when the Anfield outfit stumped up a mind boggling £75mil to bring him up the familiar path from Southampton to Merseyside. While it’d be lunacy to think he’ll solve the club’s ongoing defensive problems on his own, a defender of his stature can go a long way towards plugging the holes.

“He’s a really, really good defender. It’s always really hard playing against him. It’s very hard, he marks very tightly and I just think he’s a really, really high-quality player,” said Reds attacker Roberto Firmino. “I just hope he helps us as much as possible. I think like everybody else who comes in, they add something to the group and I hope that he can also do that and bring something to the team himself,” continued the Brazilian. “Obviously it’s great that he’s joined our team and now that he’s come with us of course I’ll welcome him in with open arms and I’ll look to make friends with him.”

Held to a draw in their last meeting, Liverpool will not only be looking to make up for the disappointment of missing out on three-points in a match that they clearly dominated, but seal a spot in the next round of the FA Cup. Showing little ambition on their last trip across Stanley Park, Everton were forced to rely on a dodgy penalty call and some wasteful finishing from their hosts to see themselves to a share of the spoils. Still needing time to bed in to the squad, Klopp isn’t quite sure if van Dijk is ready for such a tense affair — but he won’t rule giving him a shot either.

“It is clear centre-half is a position that usually needs to be tuned to the rest of the team, the kind of defending and stuff like that, but of course I can imagine everyone is desperate to see him on the pitch,” explained the Reds boss. “But as I have said before, from our point of view there is no rush for us in this situation and it’s much more important how many good games he can play for us than how many and when it starts,” added the German manager. “It is not decided and how it always is in this period, we have to wait a little bit for last updates on each position and then we make the line-up.”