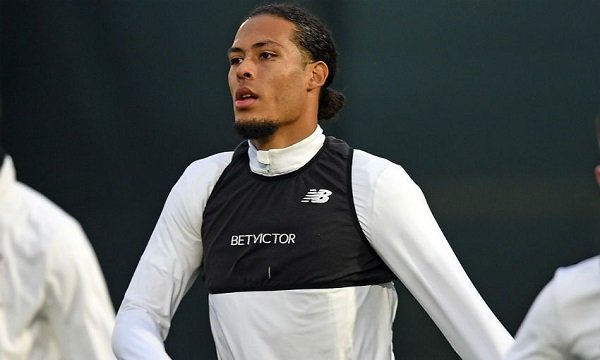 Unbeaten since the start of the season and with an almost unassailable lead at the top of the Premier League table, Manchester City visit Anfield on Sunday looking to not only snap Liverpool’s own impressive 17-match unbeaten streak, but also do the double over their hosts by following up their 5-0 win from earlier in the season with another victory.

“They play a fantastic season, our season is not too bad, but in a game like this you need to show that you can cause them problems, more problems than other teams can, make their life difficult and try to win,” said Reds boss Jurgen Klopp, looking ahead to the weekend. “In sports, that’s why you play twice against each other – sometimes you get an opportunity to put things right,” mused the German manager. “[The 5-0 defeat] was not a nice day in the season, to be honest, so to try and draw another picture, I think that would make sense and will be one part of our motivation, but if that’s the only one then we don’t have a chance anyway.”

While the title race looks done and dusted, the race for the top-four looks as wide open as ever. Holding steady in fourth place, Liverpool remain very much in the Champions League picture — and though nothing will be decided on Sunday, beating Pep Guardiola’s side would be a massive step towards their goal.

That, of course, is easier said than done. The Citizens have been scoring goals seemingly at will and while Klopp employs the “best defense is a good offense” strategy, they’re going to have find some way to blunt their visitor’s razer sharp attacks if the want to get anything at all from this one. Making his debut and scoring the winner as the Reds knocked bitter rivals Everton out of the FA Cup, you’d expect that Virgil van Dijk will be the man tasked with keeping things organized at the back, but considering he’s only been with the club for a short period of time, he may not get the chance.

“It was quite impressive, come on, we have to say that it was a really good game against Everton. I was not sure before the game but then it was easy to say afterwards that I was very sure!,” said Klopp with a laugh. “But that doesn’t mean too much with the City game. The City game is a completely different game and the team things, the team tactics should be as tuned as possible,” stressed the gaffer. “I didn’t make a decision so far if he is ready for that – the long-term for sure, the short-term, I don’t know, but the good thing is that all the other three boys are in a really good shape so that in this moment, if nothing else happens, then I should sleep OK thinking about that problem.”

2 thoughts on “Klopp to “Put Things Right” Against City, Hints Van Dijk May Sit This One Out”