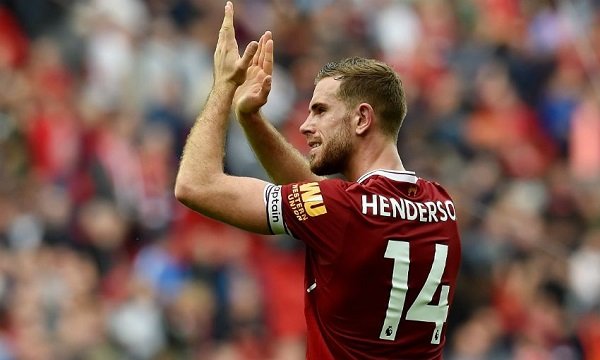 After missing out on the win over Southampton to take in some personalized training sessions with the medical staff at Melwood, Liverpool captain Jordan Henderson looks set to return to the match day squad when the Anfield outfit square up with FC Porto in the first leg of their Champions League last 16 encounter at the Estadio do Dragao tomorrow.

“It was a difficult decision to rest him against Southampton, especially because we flew on the day of the game and anything can happen,” explained Reds boss Jurgen Klopp. “It was good for Hendo so he could do a few really important things at Melwood. In this game, at 2-0 up, we could have played him for the last 20-25 minutes, but then it’s not exactly what we need,” mused the gaffer, a man who knows a thing or two about the football. “He could train properly and it was better for him.”

Having limped out of the 3-3 draw with Arsenal at the end of December, Henderson has only just returned to regular action, but Klopp clearly thought he could use a little extra time with the medical staff ahead of the meeting with Porto. The Englishman, who has conceded that his place in the starting eleven is no longer a guarantee, remains a divisive topic among the Liverpool faithful, but the gaffer has made no secret of just how important he is to the way he wants to play football.

The Reds will have a ten day break between their European duties and the meeting with West Ham United and Klopp has taken this opportunity to take the squad to Spain for some warm weather training — a perfect chance to give the likes of Joe Gomez and Nathaniel Clyne a chance to build up their fitness in the sunshine.

“With training, a lot of things can happen – it’s always like this and that’s the main reason. There are three or four players here more than we would have usually,” said the Reds boss, explaining the larger squad size for the trip to Portugal. “The other reason is we will go afterwards and use the time we have now – unfortunately, due to being out of the FA Cup – for proper training in different surroundings,” added the German manager. “It’ll be four really intense sessions and then we will come back to England and have a full week to prepare for the West Ham game and the rest of the season. It’s really good the club gave us the opportunity to do it.”