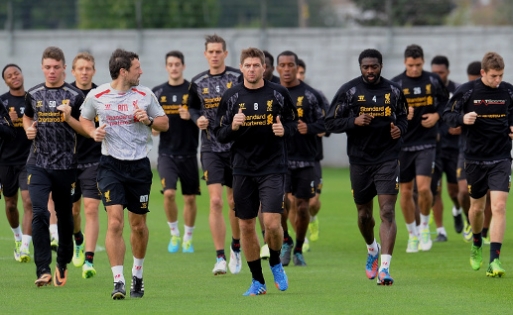 The Reds, who recovered from a mini-slump with a 3-1 win against Sunderland last Sunday, are second in the Premier League, having only dropped points on two occasions this season; the Eagles, in contrast, are second from bottom and coming off a 2-0 humbling at the hand of fifth placed Southampton and sit only two points above the bottom of the barrell Black Cats. If this sounds like a rout waiting to happen, you may want to bite your tongue — Holloway has been known to sneak a win at Anfield.

If the loss to Southampton was enough to rattle your confidence, then Holloway making a return to Anfield — a ground he famously called “a special experience” — should give you a moment of pause. The former Wimbeldon midfielder, whose Blackpool side played some of the most expansive and exciting football the Premier League has ever seen from a newly promoted side, famously did the double over Liverpool when in charge of the Seasiders which included a famous 2-1 win on the Reds own patch of grass.

Although Blackpool were narrowly relegated at the end of the season, few will forget what the man is capable of. Holloway, who took over Crystal Palace in November of 2012, has become more pragmatic with experience and though he still wants his players to “play football”, these days he regularly employs two holding midfielders — Kagisho Dikgacoi and captain Mile Jedinak — in his system. Although Palace is winless in their last three outings and are yet to keep a clean sheet since returning to the top flight, one half of that defensive midfield duo believes the Eagles still have more than enough time to get out of the relegation zone.

“No-one is letting their heads drop – despite the last few results – and we know that one match and one good result can make all the difference” said Dikgacoi, who continued, “We always expected things to be tough in the Premier League because we are up against the best teams in the country – but we have time to turn things around.”

The only way they’re going to do that is by scoring goals, and that might be an ask against a Liverpool side that have conceded only four goals since the season kicked off. We may have saw some free-flowing football when Holloway was in charge of the Tangerines, but these days he’s favoring the counter attack with strikers Dwight Gayle and former Arsenal misfit Maroane Chamakh prefered up front — though the former midfielder did vent his frustration when Chamakh was booked for diving against Southampton last weekend. With Saints goalkeeper Artur Boruc at his mercy, the Moroccan went to ground under the slightest of contact rather than try to slot the ball home; Holloway wasn’t amused.

“I cannot understand why he didn’t shoot or chip it,” said the Palace boss. “Such is life. If he would have scored there everything would have been different.” He’s not wrong there; the Eagles have found the net only four times this season and three of them came in a 3-1 win against a Sunderland side managed by a now jobless Paolo di Canio.

If you want to draw a comparison, the Reds also won 3-1 against Sunderland last weekend when Daniel Sturridge opened the scoring before providing two assists on either side of the half for Luis Suarez — except this was a side that looked drastically different from the rudderless ship the Italian was sailing. Caretaker manager Kevin Ball had galvanized the Black Cats and inspired them to hold long swathes of possession; though the Reds made it out of the Stadium of Light with full points, it looked to be only by luck alone.

Steven Gerrard, who has come in for some criticism over the last few matches, knows the Reds can’t keep relying on the graces of god to carry them through. “We know next week that without a shadow of a doubt we have got to approach the game against Crystal Palace with a completely different manner than we did against Southampton. We have got to make sure we have got the intensity of a cup final” said the Reds skipper — and he’s completely right.

Liverpool will be without midfield stalwart Lucas after the Brazilian picked up his fifth yellow card of the season against the Black Cats and former Sunderland midfielder Jordan Henderson, who has most recently been seen playing the thankless wing-back role, is widely tipped to make a return to the middle of the park. Simon Mignolet is expected to keep the back three of Martin Skrtel, Mamadou Sakho and Jose Enrique in front of him while Steven Gerrard will almost certainly keep his place in the starting line-up.

Martin Kelly could be in line for a recall if Andre Wisdom doesn’t take the wing-back slot vacated by Jordan Henderson and Jose Enrique is almost certain to start on the opposite flank, unless Daniel Agger pips him to a starting berth. The front three of Daniel Sturridge, Victor Moses and Luis Suarez pretty much picks itself and should be more than enough to dispatch Crystal Palace — at least, we hope.

We’ve seen upsets before — most recently when Southampton upset the Reds 1-0 to send them crashing to their first defeat of the season — and though it’s hard to picture Holloway masterminding another victory at Anfield, it was pretty hard to picture his doing it the first time. I certainly wouldn’t rule out a repeat…

2 thoughts on “One More Before the Break: Crystal Palace Preview”