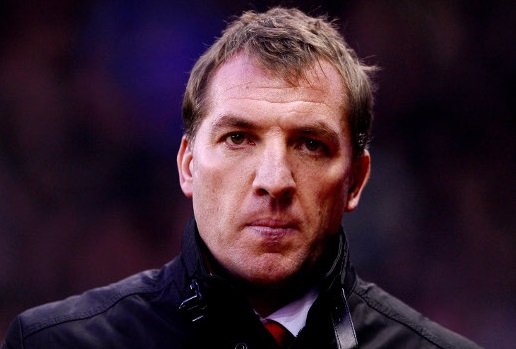 Looks like we’ve well and truly banished the Stoke City hoodoo; yesterday’s 5-3 win at the Britannia Stadium was Liverpool’s first since 1984 and an absolute nail biter despite what looked to be a comfortable scoreline.

“It was a brilliant win for us,” said Reds boss Brendan Rodgers. “Someone said beforehand that Liverpool had never won here in the Barclays Premier League and we all know why” continued the manager. “It’s a notoriously difficult place to play. But I want to give immense credit to the players today. I thought it was a really difficult game on paper and on the field.” Three points in the bag and Liverpool keep pace with their Premier League rivals as they jump back into the fourth place, and more importantly, into a Champions League spot — exactly what Rodgers, and every Red on the planet, was gunning for.

If there’s one thing Liverpool can do, it’s score. After yesterday’s 5 goal thriller, the Reds have now scored 51 goals this season to put us just behind mega-rich Manchester City on the scoring tables.

We found the back of the net 5 times with 3 different names on the scoresheet — well, 4 if you want to count Aly Cissokho’s shot deflecting in off Ryan Shawcross. Despite scoring so many goals, it was a bit of mixed bag going forward — the Reds were able to put 71% of their shots on net, a whopping 30% increase on their average going into this game of 41%, but they created only 7 chances today which is a bit less than we’re used to.

Stoke City certainly threw us off our normal game. We were only able to complete 79% of our passes today — 6% down from our season average of 85% — and only had 48% of the ball — a figure we’re not quite used to with our normal 54% going by the wayside; to be fair though, I’d like to see us put up these numbers every weekend if we made off with 5 goals each time.

Our offensive prowess is one thing, but we were a bit poor on the backend with only 46% of our duels won compared to a season average going into the match of 50%. The Reds won 15/32 of their tackles, 10/18 of their take-ons and a slightly comical 14/38 of their headed duels; though, when you consider that the Potters are made up of a bunch of NBA sized giants and we had a squad with both Philippe Coutinho and Raheem Sterling in it, that last stat is no surprise at all.

Not many teams go to the Potteries and score five goals, but Liverpool did it yesterday without always looking like the better side. “We were under a bit of pressure because a lot of the teams around us won yesterday, so we knew we had to put in a performance” said Rodgers. “To come here and get five goals and be that inventive and creative was fantastic. It’s great credit to them.”

Football is the proverbial simple game made hard, but the Reds continue to score more than they concede — though that’s not always good enough for the boss. A 2-0 lead went begging when silly defensive errors allowed old boys Peter Crouch and Charlie Adam to drag the hosts back into the proceedings, and for a time there, things weren’t looking good for the visitors.

“I was a bit frustrated. I said at half-time that for 38 minutes it was the perfect away performance; solid, controlled, we played good football and looked like we could score goals” said the Northern Irishman, who went on, “But we lost our concentration and we didn’t work hard enough in that period to manage the game through to half-time and then all of a sudden, when you play against good players, they can score goals, and that’s what happened.”

Despite our defensive frailties, Liverpool were just too strong for their hosts and the return of Daniel Sturridge, and the reunion of the SAS partnership, was the catalyst as the leagues most deadly partnership overpowered and outclassed Mark Hughes side. “I didn’t want to focus too much on that at half-time, to be honest” mused Rodgers when asked about Stoke City forcing their way back into the game. “I said to the players that if we keep making mistakes like that we will lose games. But I think we’ve shown in my time here that we’re a real offensive threat and we can get goals. I thought then the response in the second half was brilliant.”

Steven Gerrard coolly converted from the spot after Marc Wilson fouled Raheem Sterling in the area early in the second half for the go-ahead, and with Philippe Coutinho sacrificed for Daniel Sturridge, the real show started with both Suarez and the his returning strike partner racking up a goal and an assist each as they took turns player scorer and provider.

“Today was a massive game because a lot of the teams around us had performed. We know the areas that we can improve and we’ll analyse that to develop and make that better, but we’ve shown today that we can score goals” said Rodgers. Now, we just need to learn how to stop them…