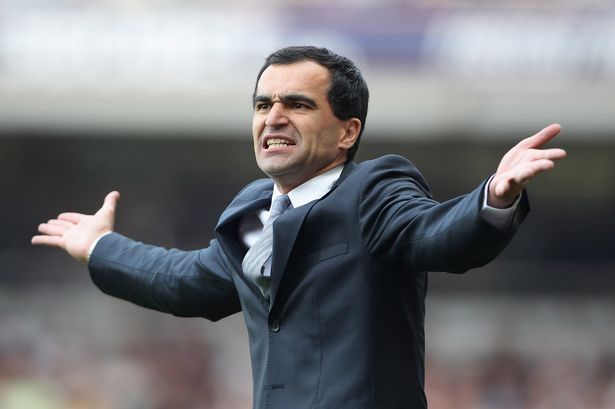 It’s a short turn around before the Merseyside Derby with both Liverpool and Everton in action in the FA Cup yesterday. The Reds laboured to a 2-0 victory against Championship side AFC Bournemouth while their neighbours, and visitors on Tuesday night, eased past League One strugglers Stevenage with four unanswered goals.

Going into the meeting, Blue’s boss Roberto Martinez played down his sides chances of progressing, even going so far as to call their hosts the “favorites” in the encounter despite being bottom of League One. While the Spaniard sounded confident passing the burden of progression to Stevenage in the buildup to their meeting, he’s certainly not taking the same route with a trip to Anfield just over the horizon, insisting that his side don’t fear their hosts.

“We’re not going to go to Anfield feeling inferior. We are not going there looking for a damage-limitation performance,” announced Martinez in his pre-match press conference. “We have great respect for Liverpool, don’t get me wrong, but we will be going to Anfield looking to show our own qualities.” With only one point separating the two sides in the table — Liverpool level on points with Tottenham in fourth place and Everton trailing just behind in sixth — this Derby is for far more than just pride, with three points giving the winner a massive advantage over the other in the race for a place in the Champions League next season.

Since the 3-3 draw at Goodison Park in the reverse fixture, the Blues have gone on to win at Old Trafford for the first time in 20 years and force a 1-1 draw with Premier League pacesetters Arsenal at the Emirates Stadium — results that give Martinez confidence that his charges can do the same at Anfield.

“I now think we are capable of going anywhere and beating any team” trumpeted the Spaniard who, despite the mojo boost, is still smart enough to know that one does not simply win at Anfield. “We need to be perfect – Liverpool have been very good this season, especially at home – but the way we played in the first derby earlier this season gives me belief that we can do that.”

Unlike Brendan Rodgers, who didn’t have a luxury of giving a number of his first team regulars a rest over the weekend, Martinez was able to rotate some of his fringe players into the squad that demolished Stevenage and got to watch Steven Naismith score a brace with a rare spot through the middle handed to the Scottish attacker.

With newest loan signing Lacina Traore not quite match fit and his other on-loan striker Romelu Lukaku on the bench, Martinez let the 27-year old run wild — and it paid dividends. “The manager spoke to me and said he was going to play me through the middle and I was pleased to hear that. I would say that is where I am most comfortable” said Naismith. “Hopefully I have given the gaffer no concerns about putting me there in the future.”

While he’s unlikely to be handed a starting berth on Tuesday night, the Scotsman could be a real threat from the bench with his confidence high. He denied a hat-trick when his run was adjudged offside; something he vehemently denies. “When you are on two, you do think you are going to score more goals,” he enthused. “I did do that – it was onside! I watched it back after the game.”

Like Liverpool, progression for Everton in the Cup was all that mattered, but their performance was marred by a horrific injury to Costa Rican utility man Bryan Oviedo. While trying to block a shot from Stevenage midfielder Simon Heslop, the 23-year old suffered a double leg fracture and was quickly rushed to the hospital.

The injury will certainly rule the versatile Central American out of this summers showpiece event in Brazil. “It was a very unfortunate action, nothing malicious,” said Martinez following the match. “It gives you a really bad taste in the mouth. You won’t meet a nicer human being than Bryan and this was becoming his season.” Tribal lines are one thing, but they’re completely irrelevant in times like this.

All the best for a speedy recovery Bryan.