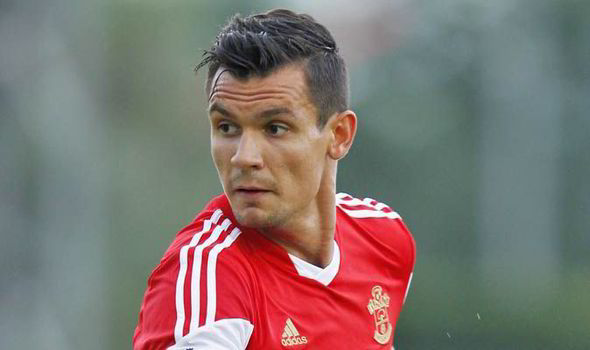 After weeks of haggling, Southampton defender Dejan Lovren looks set to finally complete his move to Liverpool after the two sides agreed to a fee of £20mil for the want-away defender.

Oddly enough, this is rumoured to be the same fee as the Anfield outfits opening bid for the big Croatian center-half. It’s no secret that Reds boss Brendan Rodgers is looking to shore up the defence after shipping an unsightly 50-goals last term. Despite the central pairing of Mamadou Sakho and Martin Skrtel showing promise, Liverpool have lacked in organization and communication at back — something that the Northern Irishman believes Lovren will ultimately solve.

Despite making his desire to leave known quite early in the summer, newly appointed Southampton boss Ronald Koeman tried to persuade him to stay at the South Coast club. The Saint’s have already seen duo Adam Lallana and Rickie Lambert leave for Liverpool and it looks like Lovren will be the third with the Croatian defender set to undergo a medical on Merseyside later on today.

With the Reds currently zig-zagging across North America in the Guinness International Champions Cup, the 25-year old is set to complete his medical in England rather than try to get it done across the pond. The club reportedly ran into a number of problems trying to complete QPR striker Loic Remy’s medical after the French striker joined the club in Boston ahead of a £8.5mil move to the Premier League runners-up and they’re keen to avoid the same kind of situation with Lovren.

More on this if and when the move is made official…