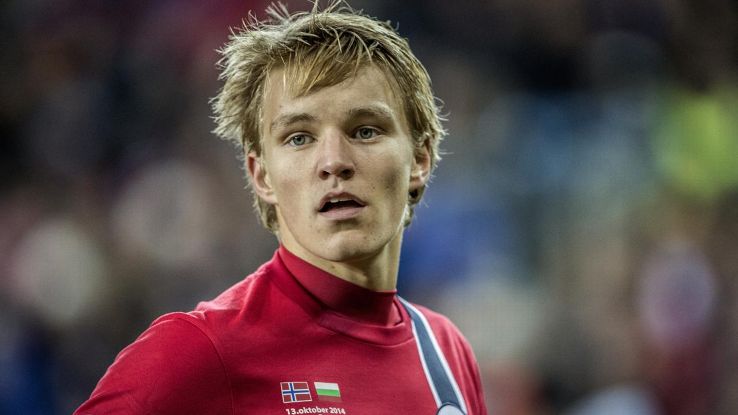 Following news of Norwegian wonderkid Martin Odegaard’s trip to Liverpool and the resulting social media storm it created, it’s now been revealed that not only has the 15-year old been checking out the city and the clubs facilities, but he’s actually been training with the first team at Melwood.

The attacking midfielder, who has already gone on similar trials at Real Madrid and Ajax Amsterdam, trained with the Reds on Thursday ahead of their Premier League clash with Sunderland at the weekend — and if defender Kolo Toure is to be believed, the Strømsgodset IF youngster lived up to his already considerable hype.

“Yeah, I met him. He’s a very good player” said the Ivory Coast international following the training session at Melwood before confirming that things went well. “It was good, it was good.”

Although Liverpool have yet to capture his signature, Odegaard has confirmed on numerous occasions that Anfield is his destination of choice. That being said, he also stressed that he was going to do what was best for his future and that may mean passing up on a chance to play with the Reds. Considering that the 15-year old, who is expected to sign his first professional contract later this month when he turns sixteen, has attracted the attentions of most of Europe’s elite clubs, we’ve got some stiff competition…