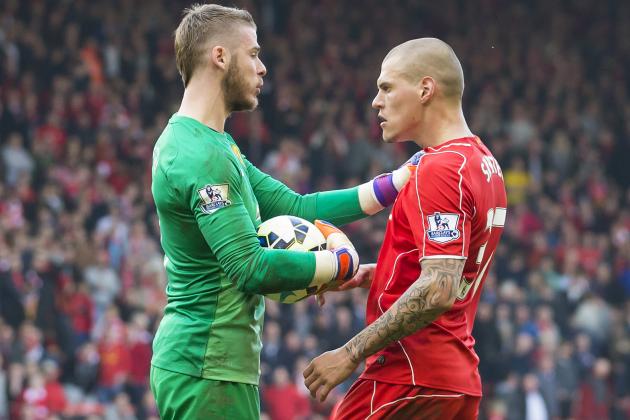 Looking at the replays, it looks pretty clear cut; the Slovakian has never been the most fleet of foot or been accused of having the best close control, but the veteran center-half appeared to have intentionally stamped on the leg of the Spanish ‘keeper in the dying seconds of Sunday’s match as the two chased down a pass into the United area. Skrtel, who could face a three match ban similar to the one brought down on Chelsea striker Diego Costa earlier this season, has been given until 18:00 GMT tomorrow to respond to the charge.

This, of course, comes at a terrible time for the Reds. Not only did they miss out on the opportunity to leap-frog their most bitter rivals into the final Champions League spot, but the injury to midfielder Adam Lallana — which looks set to the former Southampton skipper for at least two weeks — and the straight red card shown to long serving captain Steven Gerrard within the first minute of him coming on means that the trio will almost certainly miss the clubs next two Premier League outings against Arsenal and Newcastle United as well as the FA Cup quarter-final replay with Blackburn Rovers that’s sandwiched between.

Following the match, Liverpool boss Brendan Rodgers came to the defense of Skrtel, but whether or not the Northern Irishman will be as adamant now that charges have been laid or sanction an appeal remains to be seen. “I have seen the Martin Skrtel incident. The ball was played through but it probably looks worse in slow motion” commented the Reds boss. “It looks like he is trying to get a nick on the ball, to get a toe on it the ball went into the goalkeeper’s hands. Martin is not that type of player, he was just a fraction out.”