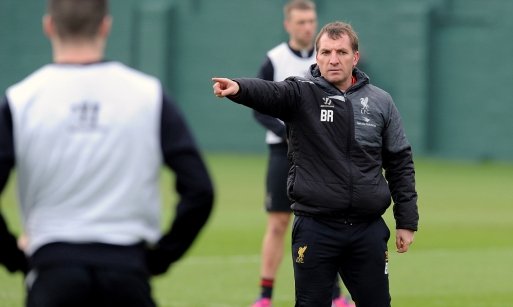 It’s been over one week since Liverpool boss Brendan Rodgers sat down with the Reds hierarchy to thrash out the details of a difficult season, and though the Northern Irishman has been widely tipped to still be in charge at Anfield come the beginning of the season, there’s been no official word from the club regarding their manager’s still tenuous grip on his job.

It’s not just that though — there hasn’t been a peep out of anyone. Liverpool chairman Tom Werner, who is quite fond of making proclamations, was one of the board members that met with Rodgers along with influential FSG director Michael Gordon, for what was expected to be a last meal of sorts for the faltering coach. With rumours circulating of highly rated former Borussia Dortmund boss Jurgen Klopp’s availability next season, the axe looked almost certain to fall, but instead they left the meeting room with what the BBC calls a “comprehensive plan” to improve performances next season.

“I am pleased they have stuck with him. I don’t agree with this haphazard, “Let’s sack managers on a whim,” plan,” said Anfield great Steve McManaman. “I always try and stick up for managers when they are under pressure. This clamour for change all the time is not good for the game.”

After a season rife with poor performances, the term “on a whim” is highly debatable.

Either way, it would appear their comprehensive plan got kick started right away with a purge of the Northern Irishman’s coaching staff quickly following the meeting. Both Mike Marsh and Colin Pascoe have been relieved of their duties, though no official announcement has been made by the club or the coaches themselves. Major League Soccer bound ex-Liverpool captain Steven Gerrard, often thought to be consulted on if not in the know of almost all major decisions going down at Anfield, spoke of his surprise earlier this week at the pair departing the club, even going so far as to call on the Reds hierarchy to explain why they were let go.

While that’s almost certain to happen in the coming days, it’s been nothing but radio silence from Anfield as of late. Even the captures of Manchester City midfielder James Milner on a free-transfer and long-term target Danny Ings from Burnley haven’t elicited a peep from Rodgers, CEO Ian Ayre, or anyone else for that matter, leading some sections of Reds supporters to speculate that things aren’t exactly all they seem on Merseyside.

Time, of course, will tell the tale, but quotes from Klopp’s agent of his desire to manage in the Premier League will only fuel speculation that the German will head to Anfield once he decides to call time on a self-imposed break from the game. “The Premier League is very exciting, and we do not only think about the top four because there are some other great clubs below them,” said Marc Kosicke, agent to the enigmatic manager, before confirming that he’d prefer to work with a Director of Football — something Rodgers initially refused before FSG finally relented. “I am not sure the profile of the job could work,” he continued, speaking of English clubs reliance on the manager taking a leading role in transfers. “In Germany there is a clear separation between manager and sporting director and I think in principle this is very good. Jurgen does not like to speak to players’ agents or to carry out a transfer. So we have to see which is the most useful arrangement.”

Not even the dimmest of dimwits would expect anyone associated with Liverpool to comment on links to Klopp of course, but someone is going to have to say something about anything sooner rather than later. Flirting from agents aside, this lack of updates does not bode well for the Reds with instability at the club already seen as a major issue. While it seems that each and every summer is a “big one” for the Anfield outfit, after failing to qualify for the Champions League next year, it goes without saying that the trend will continue. Getting back-room distractions and clearing up the manager’s position out of the way early will do them no harm whatsoever.