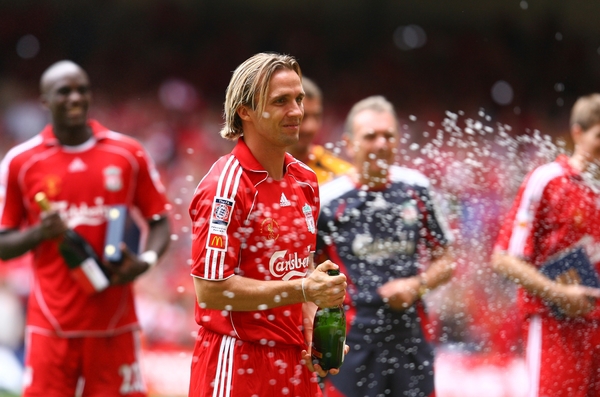 Liverpool may have yet to officially comment on the departures of boss Brendan Rodgers assistants Mike Marsh and Colin Pascoe, but there’s been no shortage of speculation in the media of who will replace them for the coming campaign.

With the Anfield outfit reportedly formulating a “comprehensive plan” to improve performances next year, a shake-up of the back-room staff was apparently item number one on the agenda. Former Liverpool defender and Kop favorite Sami Hyppia wasted no time making his interest in returning to Merseyside known while the likes of Rafa Benitez’s old number two Pako Ayestarán and ex-Manchester United assistant manager Rene Meulensteen have been heavily linked to the job. Now, another former Red in Boudewijn Zenden is being tipped to return to Anfield with the Dutchman expressing a desire to try his hand in the Premier League.

“I keep all my options open for the new season,” he told Dutch media outlet De Telegraaf when asked what he’ll be up to come August. “I have always enjoyed myself in the Premier League.”

The 38-year old, who played for the likes of Barcelona, Middlesbrough and Marseille during a storied career, is currently coaching Dutch side PSV’s juniors as well as working with Guus Hiddink at the national set-up. During Benitez’s job as interim boss of Chelsea, Zenden returned to the club as a coach and enjoyed some success on the European stage as the club won the Europa League for the first time. Now whether or not Liverpool are interested in taking a punt on the relatively inexperienced Dutchman remains to be seen, but they could do quite a bit worse — at the very least, he’s almost certain to wear pants on the touchline.